Have you ever had a cancer scare? Or any sort of brush with death? Are you, perhaps even now, facing a sentence of only so many more months or weeks left to live on this bright earth? 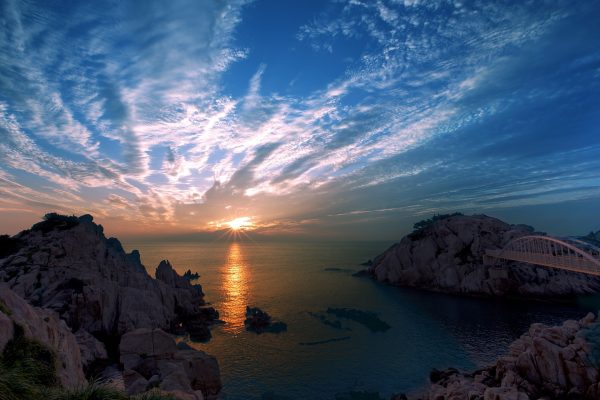 I had a cancer scare recently. It turned out to be nothing, and I’m fine. But for a short while I walked in the shadow of death, and it did something to me. What, I’m not sure; I’m still assessing the impact. But it’s an experience I’ll never forget.

For that brief period, my life and the whole world looked different—profoundly different. It was as though I’d been comfortably seated in a well-lit room when suddenly the lights went out, and there was a feeling that they would never come on again. It was not pitch black, but it was late evening, and the room was furnished not with objects but with shapes and shadows.

At the same time as my outer vision dimmed, my inner vision blazed. Like a window opening, a whole new view of life was presented to me, a view which previously I had dimly intuited, but which now became my dominant perspective. Overnight the foundations of my world shifted, and in at least six different ways my worldview radically altered.

1) Immediately I turned my mind to the enormous task of putting my affairs in order, assessing the myriad loose ends that needed tying up.

2) Many of the things which formerly consumed my time and energy became suddenly insignificant—or worse, profligate: the hours I pour into curating my extensive iTunes library; my passion for collecting books (far more than I can ever read!); my daily need to keep up with the news; my indulgence in chocolate and rich desserts; and so on.

3) I felt that a heavy curtain now separated me from the world of the living. I was still here, yet I wasn’t. Not yet in the next world, I’d lost my hold on this one. I felt like a ghost.

4) At the same time, this present world became inestimably more beautiful and precious. Trees, flowers, birds—so sweet and wondrous! Seeing a sunset, I thought: The day is coming when I’ll see this for the last time.

5) Relationships with people became much more important, and also much simpler. Of all the many choices that had faced me in life, I saw that the only important one was love.

6) The reality of God became inexpressibly greater, more real, more plainly manifest. If only I could have seen Him this way before—what a difference it would have made!

While I have called this experience a “cancer scare,” fear was not my principal feeling, nor was I afraid for the reasons one might suppose. I wasn’t afraid of not being saved or of missing out on heaven. Nor was I afraid of the process of death or the pain it might entail. Rather, it was as though a robber had jumped out at me from the shadows of an alley. Yes, I felt fear, but more than that, surprise. I knew robberies happened commonly, but surely such a thing would never befall me! Thus, even as it was happening, there was a sense of disbelief, of denial.

Even greater than this, however, was the sense of sadness and regret. I felt sad about the prospect of leaving this beautiful world, of parting from those I love, of leaving so many things unfinished, of my life being cut short. Imagine: Jesus died at 33, Joan of Arc at 19, and many babies die in the womb—yet here I was, upset about dying at the ripe age of 65!

At an even deeper level, what saddened me was not that my life had been too short, but too small—the feeling that, given my gifts and the majesty of opportunity avilable to me, I had not lived to my full potential. The shadow that fell upon me was not just that of death, but of eternity, and when measured against everlasting glory my goals and accomplishments in this world seemed pitiful indeed. This feeling was a little like all those dreams I have in which I’m caught in public without any pants. I’d come to the party, yes; but I was never properly dressed for the occasion. Life, it turned out, was a much more gala affair than I had ever imagined.

If only I could have a little more time! Given this new vision of things, how much more loving and noble and zealous I would be! How I would become like Scrooge on Christmas Day! Ah, yes—already the bargaining had begun …

But a funny thing happened on my way to stellar sainthood. All too quickly, the cancer scare passed. The shadow, both of death and of eternity, moved away, and my life returned to normal. And what remains with me now is but a pale impression of how utterly different is the view from the other side of the curtain. For the valley of the shadow is so far removed from life as we know it that it might as well be on a different planet. Indeed, it almost is, for it is a first tentative step onto the alien soil of Heaven.

What I find most astonishing is this: So mesmerizing is this present world, so riveting and all-encompassing, that it is quite possible my life will simply carry on as it did before my cancer scare, until my next brush with death.

I hope not. I do feel chastened, sobered, deepened. How will this alter the way I live? We’ll see.

In the words of cancer victim Paul Kalanithi, author of the remarkable memoir When Breath Becomes Air, “Coming face to face with my mortality changed nothing and everything.”