Excerpt from Adventures in Heaven

Once I’d met my Heavenly Father on His throne and fulfilled some assignments, He asked if I’d like to come back and spend an entire day in the throne room.  At the time I happened to be swamped in guilt and self-pity, and it astounded me that God would issue such an invitation to a creature in this sorry state.  But of course I jumped at the chance.  Wouldn’t you? 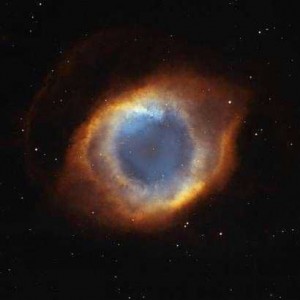 And so, in a series of short visions lasting from one to five minutes each, I spent an entire day wandering around the holy of holies.  Exploring everything, chatting with people, and participating in the wonderful glory times before the throne.  Talk about worship!  Here on earth I do not think we can quite grasp how vital is the worship of God to our very existence.  It’s as fundamental as breathing, and even has a similar rhythm––in, out; in, out––as we draw near to God to give Him praise, then flow out into lives of love.  Hence in heaven the glory times are not continuous but come in waves.  They’ll begin spontaneously, last for perhaps half an hour, then gently subside.

I’ve learned many new songs up there, although it seems I can never remember more than a few lines.  “Daily I bow before You,” goes one.  “Daily I offer praises to You, for You alone are worthy of praise.”  Such lines will be repeated several times, just as we do with choruses in church.  Very simple but also very, very beautiful.  The music just flows.  There are no songbooks, no overhead projections, no rehearsal.  Everyone sings spontaneously and the only conductor is the Holy Spirit.  Everyone begins and ends together; everyone knows the words because the words are given.  To sing this way is utterly magnificent.  It’s a musician’s dream, so free and natural.  You just open your heart like a flower to the sunshine and the music fills you entirely.  Suddenly you understand that your whole body is a musical instrument, a perfect instrument of praise.

The accompaniment I heard was mainly trumpets.  I noticed a set of drums, but their sound wasn’t obvious.  Drums are simply not prominent in the heavenly music as they are in ours.  There’s rhythm, even what you might call a beat, but it’s very sinuous and wavelike.  And of course the acoustics are fantastic.  The musicians are located far off against the walls to the left and right, but the music seems to be everywhere.

Following one of the praise times I went off to investigate the music’s source.  Along one wall I discovered a row of horns, all stacked bell-down on a shelf about a hundred feet long.  So much shining brass––or more likely it was gold.  There were horns of every shape and size, including all the common ones but also many others never seen or imagined on earth.  Whatever you like to play, or whatever you’ve dreamed of playing, you’ll find it there.  I noticed one piano, a beautiful nine-foot grand being played like crazy by a wild bearded guy with a mound of curly hair.  Drawing closer to listen, I recognized the pianist as Keith Green!

Between the glory times the Father often moves about, though He’s never far from the throne.  At times His manner is like that of a fiery preacher, striding about the dais and shouting answers and rallying cries to the company of heaven, who in turn shout back to Him.  During one of these sessions, as various people in the crowd were speaking out spontaneously, I found myself joining in with something like, “The love of the Lord endures forever!”  I don’t recall exactly what I said; it was nothing very profound, and feeling shy, I spoke more under my breath than aloud.  But immediately those nearest me called out, “What did you say?”  So I repeated, a little louder, “The love of the Lord endures forever!”  This time a larger circle of people all around me cried out, “What?!  Speak up!”  Then I yelled with all my might, so loudly that it nearly took my head off.  What a feeling!  Never will I forget the utter, joyous abandon of that cry.

From this I learned that heaven is no place to be timid, but rather to do everything with all your heart.  If you have a question or a comment, you shout it out loud and clear for all to hear.  Accordingly, there can be a lot of noise up there, a lot of commotion.  It’s all a bit like a thunderous, Holy-Spirited pep rally.

Yet it can also be very quiet.  There are many moods.  The holy of holies is always changing; all day long people come and go as different events take place.  There are also times when nothing in particular seems to happen.  People mill about and chat.  And then, before you know it, another great wave of praise is gathering and rolling in.

Throughout all this, the light level is continually changing.  The glory of the Father shines blindingly bright, all the time, but He also varies its intensity depending on what’s happening or who is coming before Him.  It’s never dark, there are never shadows, but sometimes the room light will dim, then brighten again, as different individuals approach the throne.  The Lord is a master of mood lighting.

Near the throne are the so-called “living creatures.”  It is difficult to know what else to call these.  They’re not angels and they’re not animals.  I’ve read a fair amount of science fiction, but more unlikely-looking beings than these would be hard to imagine.  My first thought upon seeing them was, “My goodness!  The Father has some mighty weird friends!”  They’re enormous, maybe fifteen feet high, and all they do is praise.  While they move around some, they’re never far from the throne, and this proximity to God suggests they are in some ways closer to Him than we are.  I went up close to one of them, the eagle-like thing, to have a good look.  It really does have a face like an eagle with a huge hooked beak.  As for the rest of him, what can I say?  Is it feathers?  Wings?  Robes?  I’m not sure.  I recall peering up into its great eye and wondering, “Does he even know I’m here?”

The day I was there, at least ten thousand people must have been present in the throne room.  I suppose the place is big enough to hold the whole world, or at least all of the redeemed, plus countless angels.  The angels are everywhere and they have various roles as musicians, doorkeepers, guards, or escorts.  Angelic escorts are assigned to everyone who enters the throne room for the first time.  In appearance these angels look just like us.  You can tell the difference, if you think about it, but you tend not to think about it.  They intermingle so seamlessly with the redeemed that you barely notice them.

In this vast throng, it is surprising to realize that everyone can see or hear equally well from any point in the room.  Even more surprising is that the Father’s throne, a white chair, is not at all high and lofty.  In fact it is only about four feet off the ground, just high enough for the Father’s head to rise a little above the crowd.  Nor is the floor banked, but flat as a table.  Many churches, it turns out, have platforms and pulpits higher than the throne of God in heaven!  But I should add that both the height and the size of the throne are variable.  It sits on a dais, with several steps leading up to it.  At times these steps appear steep, at other times so low as to be almost level, showing that God is both exalted and approachable.  Everything in heaven, I have learned, is like this, changeable according to circumstance.  Things are what they need to be for any given purpose.

The thrones of the elders are surprisingly small, yet still very beautiful.  No bigger than folding chairs, they’re easily scooted back from the usual semicircle to make way for various events.  I don’t know who the elders are; Judd claims to know all their names and what they do, but I’ve never felt led to talk to them.  All I know is that one of their functions is to witness everything the Father says and does.  He never does anything in secret; always there are witnesses.  There are no private audiences with the Father.  You may talk to Him one-on-one, but you’re never alone.  Everything is open and public.

On rare occasions I have seen the Father in other places besides the throne room.  Why or how this happens is a mystery to me, except that behind the throne is a door reserved solely for the Father’s use.  I’ve seen it also from the other side, while walking around the outer court of the temple.  Just to look at this door is to feel its deep sacredness; one would never presume to go through it.  Apparently this is the same door mentioned in Ezekiel, the one that was to remain shut because the glory of the Lord had entered there.  Oddly, however, Ezekiel has this door in a different location.  In many ways the temple is like a vast puzzle, the pieces of which never quite fit together in a completely logical way.

Everyone, of course, wants to know what the Father looks like.  His face, the moment you see it, is one you will instantly either love or hate.  If you really want to know more, study Daniel 7 or Revelation 4.  It’s all there, exactly what He’s like.  John says, for example, “His appearance was like jasper and carnelian.”  While these stones come in a range of colors, generally they are light brownish or ocher-colored.  In short, the Father is not white, but He’s not black either.  Neither is His complexion reddish or yellow, nor a true brown, but somehow all of these colors mixed together in a shade more light than dark.  It’s a very distinctive, creamy-golden tone that I’ve never seen on anyone else.

As to race, the Father is neither Jewish-looking, nor Arabic, nor Oriental, nor Negroid.  Probably His features come closest to being European, but really He fits no racial category yet somehow includes them all.  Daniel reveals that He has white hair.  Think of a lightly tanned Santa Claus––or better still, Father Christmas––and you won’t be far wrong.  In age He is timeless, ageless.  If you had to pin a number on Him, you might say sixtyish, but even then you’d have to add a million years or so.  That’s the impression He gives.  Really the Father is an old, old man who doesn’t seem old at all.