I once attended a church conference where a Tent of Prophecy was set up in the parking lot. At some point in the conference we were invited to enter the tent and receive a prophetic word.

When my turn came, I sat down at a table across from a young man and a young woman. For a few moments we waited quietly on the Lord. Then the young woman said, “I’m not sure what the Lord wants to say to you, because you look like such an ordinary man.” She went on to say some other things, but I hardly heard them because I took offence at her opening comment. Who did she think she was, calling me ordinary? What an insult!

The more I reflected on this comment, however, the more I began to relax into it. By the end of that day I was resting in my ordinariness as comfortably as in a favourite old chair. I realized how much I like being just an ordinary man. At one point I laughed out loud at the irony: of all the things these two prophets told me, what stood out most was my ordinariness.

What this young woman did not know—and what I myself had temporarily forgotten—was that I happened to be writing a book on the joys of ordinary life! Over the next few weeks you’ll be reading some excerpts from this work-in-progress, to be called The Ordinary Way. My original title was How To Fail Successfully, but my wife advised that no one would want to read such a book. On the internet I looked up the phrase “how to fail” and was not very surprised to find not a single book by this title. By contrast, the three words “how to succeed” are featured in hundreds of titles.

We are a people obsessed with success. Yet isn’t failure—or at least the sense of failure—a far more common phenomenon? Among the vast array of self-help literature, shouldn’t there be instruction on how to fail well? Isn’t this a skill worth mastering? 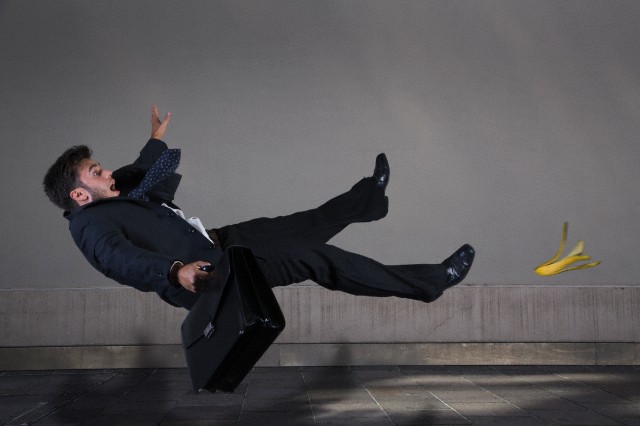 A friend of mine said recently that he was having trouble getting his life together. But what if the goal of life is not to get it together? What if it’s just the opposite: to fall apart gracefully?

As a character in Tim Farrington’s fine novel The Monk Downstairs puts it, “We’re all spoiled, life does that. It’s what you do with yourself after you realize you’ve been spoiled that matters. It’s the life you make in the ruins.”

Paul Auster, in Auggie Wren’s Christmas Story, tells of a character with an unusual hobby:

He opened a cardboard box and pulled out twelve identical black photo albums. This was his life’s work, he said, and it didn’t take him more than five minutes a day to do it. Every morning for the past twelve years, he had stood at the corner of Atlantic Avenue and Clinton Street at precisely seven o’clock and had taken a single color photograph of precisely the same view. The project now ran to more than four thousand photographs. Each album represented a different year, and all the pictures were laid out in sequence, from January 1 to December 31, with the dates carefully recorded under each one.

As the narrator of Auster’s story pores over these albums of photos—at first glance all the same—gradually he finds himself turning the pages more and more slowly. “I paid closer attention to details, took note of shifts in the weather, watched for the changing angles of light as the seasons advanced.” He is noticing subtle differences. He is noticing, period. The result, he reports, is that “I was no longer bored, no longer puzzled as I had been at first.”

As we turn the pages of our own ‘boring’ lives more slowly, more deliberately, perhaps we too can shed our jadedness and become absorbed. Standing at our own little corner, looking out at the same scene every day, we may see that it is not the same at all. Or else the fact that it is the same will no longer be boring.

Instead of shunning our ordinariness, why not rejoice in it?

Next Post:  Wash Your Bowl: The Ordinary Way (Part 2)