A friend who appreciates my books once told me, “What I love about your writing is its quality of ordinariness.” He went on to elaborate, but unfortunately I missed all he said because I was so struck by that one word: ordinariness. I knew exactly what he meant, and rather than being offended, I was deeply flattered.

My friend wasn’t talking about my literary style, which at times can be ornate, but about another quality that shines through the words. And this, indeed, is a quality I highly esteem, whether in my writing or my life. 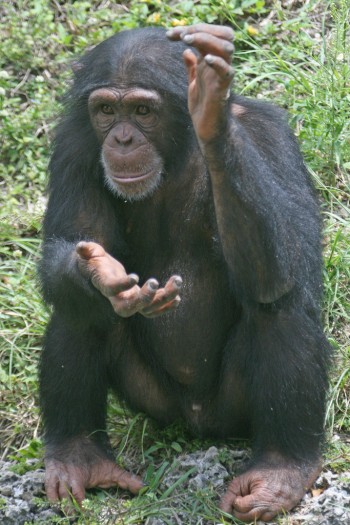 I don’t mean that I’ve never wished for greatness. But greatness is a cloak I could not comfortably don, whereas ordinariness is something I can settle into and feel right at home. That’s what I love about it.

In various ways my friend’s comment has been reinforced for me again and again. Once, for example, concerned about making my life count and fulfilling my calling, I asked God to help me accomplish something really significant. Immediately He answered, “You already are. Nothing is more important than just being yourself and leading your ordinary life.”

Accordingly, I conceived the idea of writing a book about ordinariness. What could be more significant than that? If I were a lawyer or a plumber, then this might be a presumptuous project. But since I am a writer, and my writing is distinguished for its ordinariness, then this should be a perfect marriage between author and subject.

Anyone who knows my book The Mystery of Marriage will know that the prospect of marrying plunged me into a terrific struggle. Not because I wasn’t terrifically in love with my wife-to-be, but rather because I wondered if I might be called instead to be a Trappist monk. This tug-of-war became so intense that I decided to fast and pray until  God gave me a definitive answer. I was prepared for the long haul—forty days if necessary (or four, whichever came first). As it turned out, God answered just a few hours into my fast, which meant I could enjoy supper that evening.

His answer wasn’t exactly definitive. It didn’t come in the form of a voice, a vision, or a clear command. Indeed His answer was so utterly undramatic that I find it difficult even to describe. I was sitting on the floor cross-legged, meditation-style—my usual posture for prayer in those days—when all of a sudden I heard His voice. No audible words, no ticker tape running across my retina, no great emotional upheaval. Indeed the Lord’s answer was as small and understated as it is possible to imagine, the sort of thing a person might miss entirely. Nevertheless, into my perplexed mind it arrived with the clarity of a single star shining on a dark and cloudy night, and I understood plainly what God was saying. Translated into prosaic English, it ran something like this:

“You can do whatever you wish; you’re entirely free. I am with you and will mightily bless whatever you choose. But I shall be a little more pleased—just the tiniest bit—if you decide to marry Karen.”

It was as though I were sitting before two giant haystacks shining in the moonlight, when all at once out of heaven a single golden straw drifted onto the top of one of the stacks, lending that one ever-so-slightly more weight. That is how minute was the sense of movement in my spirit. But it was enough. It was enough to give me perfect confidence about deciding to marry Karen.

This was my version of the “still, small voice” that Elijah heard in the cave on Mount Horeb. God wasn’t in the windstorm, the earthquake, or the fire, but in what might best be translated as “the sound of gentle silence.”

I’d like to say that from this point on I knew how to make godly decisions. But no, it was a thousand years (or felt like it) before I learned habitually to discern God’s normal voice, which is the voice of silence, speaking through the most ordinary things: a shaft of sunlight on a rose, a rusted tin can in a vacant lot, a sudden pang of tenderness in the heart.

From the Christmas story of the babe in the manger, we should be aware that the most extraordinary gifts arrive in the most ordinary wrappings. Nevertheless, in practical experience, the truth of this may strike us as so strange and surprising that I have felt moved to write an entire book about the appreciation of the ordinary. My thesis is that real life is to be found less in the exceptional and the dramatic than in the small and nondescript, the common, the mundane, the quotidian. Life is an open book, yet so often we fail to study the pages that are right in front of us to discover what we want and need. Always we find lost items in the last place we look. But what if we could learn to look there first?

(This is the Preface to a book-in-progress.)