Joseph and Mary took Jesus to Jerusalem … to offer a sacrifice in keeping with the Law of the Lord: “a pair of doves or two young pigeons.” –Luke 2:22-4

The accompanying photographs show two different views of the rounded shard of a first century stone vessel discovered on Jerusalem’s Temple Mount. The shard bears a crude inscription of two upside down (presumably dead) birds along with the Aramaic word corban, meaning sacrifice.

According to Leviticus 12:8, a pair of doves or pigeons was the required sacrifice of the poor on the birth of a firstborn son, one bird as a burnt offering and one as a sin offering. When Jesus was six weeks old, this sacrifice was offered by Joseph and Mary at the Temple in Jerusalem. 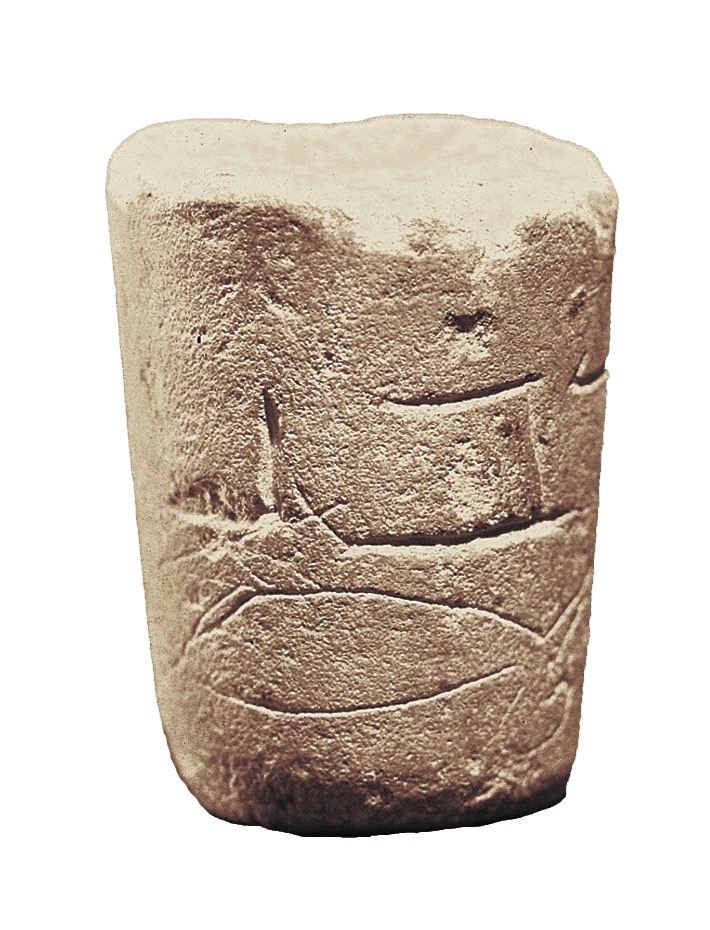 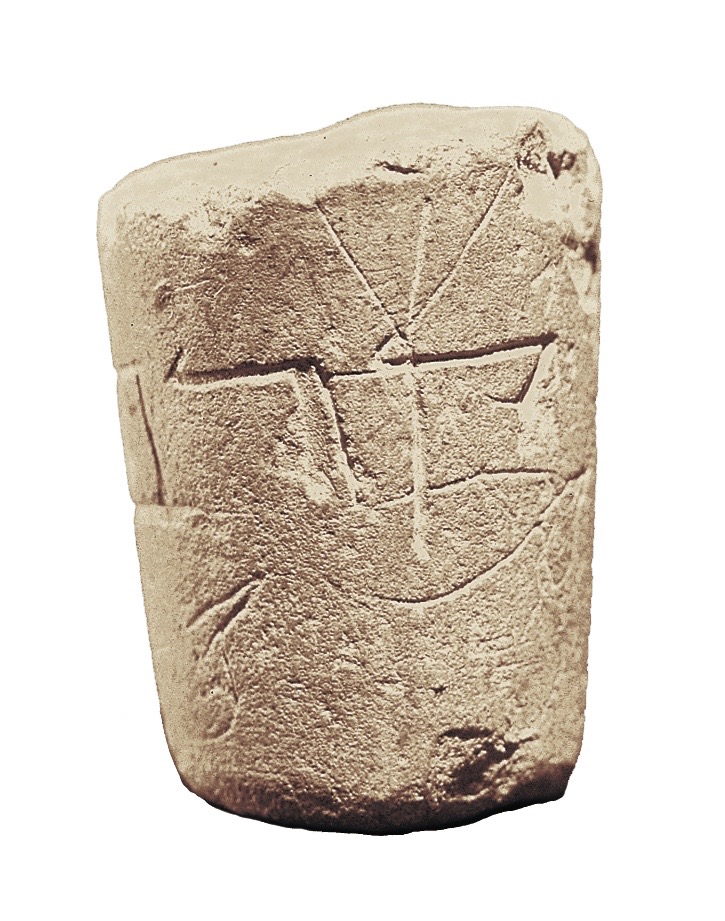 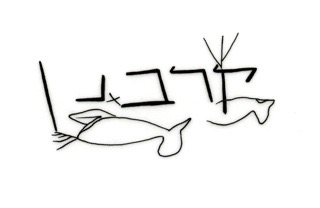 Jesus uses the word corban in Mark 7:11. It’s one of the few instances in which we hear Him speak His native language. Listing some of the sins of the Pharisees, He describes how they cheat their own parents by saying, “Whatever help you might otherwise have received from me is Corban (that is, a gift devoted to God).”

While working on this chapter, I happened to read the story of Jesus raising to life the twelve-year-old daughter of Jairus. For days afterwards I found myself savoring the lovely, musical sound of the Aramaic phrase Talitha koum, which means, “Little girl, I say to you, get up!” (Mk 5:41) Interestingly, in the only story we have of the Apostle Peter raising a dead person, he speaks almost exactly these same words: not Talitha koum but Tabitha koum (Tabitha being the dead woman’s name in Acts 9:40). We can imagine Peter, who was present when the little girl was raised, vividly recalling the sound of His Master’s voice and even imitating His tone. Moreover, Peter follows Jesus’ example by expelling all the onlookers from the room.

Like the stones that Jesus may have seen or touched, the original words He spoke have a unique power to transport one into His physical presence, into His daily life on earth. As a language acquired by the Jews during the Babylonian captivity, Aramaic, like the other circumstances of Jesus’ life, reflects His identification with the poor. Today Aramaic is gradually disappearing, but it is still spoken in a few isolated parts of Iraq and Syria, and it is also used as a liturgical language in several Eastern-rite Catholic and Orthodox Churches. Probably the Aramaic (or Syriac) New Testament, known as the Peshitta, most accurately reflects the speech of Jesus Himself.

Our English New Testament preserves a handful of other Aramaic words, including mammon, raca, ephphatha, abba, hosanna, rabboni. Most arresting is the entire sentence that Jesus spoke from the cross: “Eloi, Eloi, lama sabachthani?” (Mk 15:34) Why do these Aramaisms alone survive? The majority are preserved by Mark, the oldest gospel, and one has the feeling that the writer himself must have heard the Lord speak these words. Perhaps they carried such power for him that he could not bear to translate them. Isn’t that why Christian prayer still uses Abba as a profoundly intimate form of address to the Father? Or consider the “deep sigh” that accompanied Ephphatha!—the word that opened a deaf man’s ears and freed his tongue (Mark 7:34). Or what moment in the entire Bible is more breathtaking than Mary Magdalene on Easter morning recognizing the risen Lord and exclaiming, “Rabboni!”?

The occasional Aramaisms sprinkled through the New Testament gain peculiar power from having been touched by the very mouth, the tongue, the throat of the incarnate Word. Spoken words, like stones, are physical things, dependent on the material world for existence. To keep himself from speaking and so enforce his vow of silence, Abba Agathon, one of the desert fathers, kept a stone in his mouth for three years. I like to think that the physicality of that stone helped him to meditate on the Word of the Lord becoming incarnate.

Next week: Jesus in Egypt — The Pyramids