I begin with a story by musician Steve Bell, who for some time had been asking God the question, “Who are You?” Eventually the Lord answered—not in words but in an experience. Steve writes:

I was performing on stage with my go-to piano player, Mike Janzen. We were having one of those rare evenings when everything was working perfectly. The sound was perfect, the audience was electrified, and the orchestra members were all intensely engaged. It was the kind of night musicians live for. At the end of the closing song—a dramatic, high energy piece—Mike took an extended piano solo. Although I was accustomed to his stellar performances, something on this night was elevated far beyond my expectations. He was dialled in and playing like I’d never heard before.

As his fingers flew over the keys, Mike’s eyes locked onto mine while I was concentrating as hard as I could to make sure everything I played on my guitar enhanced and fuelled his own playing. Together we entered into an unrehearsed yet consuming musical dialogue until I realized that as intently as I was investing in Mike, he was doing the exact same thing in return. No one was leading. The best words I can think of to describe what was happening was that we were mutually othering. We were each pouring into the other, mindless of self.

To Steve Bell this was a picture—indeed an overwhelming experience—of the relational reciprocity of the Holy Trinity, that divine fellowship of perfect love into which you and I are invited. Having read this story as I was having my morning quiet time, upon looking up from the page it suddenly struck me that even as I was spending time in God’s presence, praying to Him, He was spending time in my presence, praying to me! 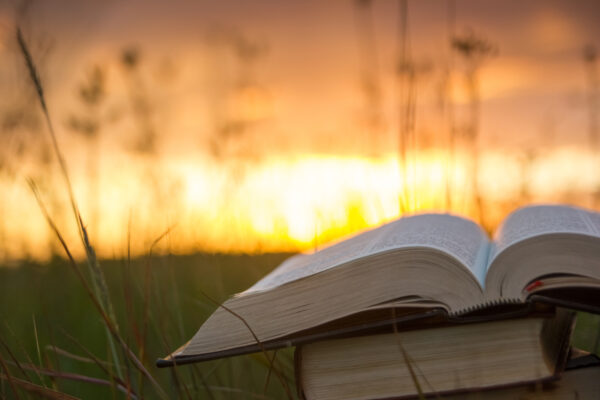 Does God pray? Oh yes! If, that is, we define prayer as spiritual communion, or—in the words of Brother Lawrence—as practicing the presence of the Other. Just as Steve and Mike entered into deep musical communion, so as I practice God’s presence, He practices mine. In Bell’s phrase, the Lord and I are mutually othering.

There is a big difference, of course, between God’s othering and mine, for while mine is sporadic and flawed, His is continual and perfect. Indeed if His attentiveness to me were to falter for a moment—as mine to Him regularly does—I would cease to exist.

God has, in a word, faith in me, just as He asks me to have faith in Him. In this mutuality of belief, does not God have a huge advantage over me? After all, to me He is invisible, making it difficult to believe in and to know Him, whereas I am fully visible to Him. Isn’t this so?

Actually, no. Sin has darkened me, rendering me, in a sense, invisible even to God. The person He wants me to be, the person He envisions me becoming, does not yet exist. Through prayer, the Lord has to reach across the dark chasm separating heaven and earth and believe the real me into full existence.

And so, as I sit down each morning to have my quiet time, God is having His, and has been since the inception of my life. He is a quiet, prayerful God, focusing intently on faith as He believes all of us into mature existence. His work of creating people in His image is ongoing, and just as He originally spoke—that is, prayed—the world into existence, so He continues to create me through His perfect Word, Jesus.

It takes two to tango. The next time you sit down with your Bible to try to make contact across the dark chasm, remember: God was there first and is reaching across to you.

You are God’s quiet time.

(Steve Bell’s story is from pages 22-3 of his booklet Ordinary Time, part of his Pilgrim Year Series.)

Next Post:  The Eagle and the Pool of Tears

Posted in Blog, Stories and Excerpts.