Michelangelo said, “My soul can find no staircase to heaven unless it be through earth’s loveliness.” I experienced a little of that loveliness last week at the official launch party for my new book Twenty-One Candles: Stories for Christmas. 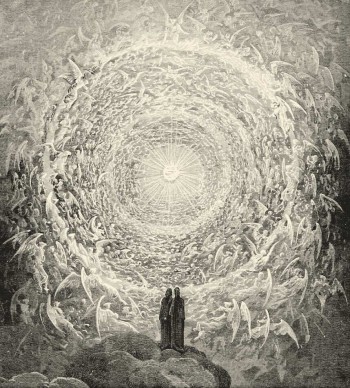 It was a wonderful evening with a packed house, delectable desserts, fabulous music from a local jazz trio, and the world premiere of my latest story. I felt very blessed to be surrounded by so many friends both old and new.

One of those old friends was John Anonby. I call him John now, but when I first knew him he was Dr. Anonby. Back in 1974, when I was a student in English at the University of Manitoba in Winnipeg, he was my professor of Victorian Poetry. I still have an essay I wrote for that class, entitled “The Psychological Unity of Tennyson’s ‘Maud.’” Dr. Anonby gave me an A+ for that effort and commented, “This paper is so sensitively and convincingly written that it has potential for publication. I’m not sure that I have read any criticism on ‘Maud’ as compelling as this. To call your essay ‘excellent’ would be an understatement.”

I mention this comment not to brag (well, maybe a little!) but to underline the fact that for a young man who was dreaming of pursuing a writing career, encouragement such as this was precious beyond words.

Some twenty years later, I discovered by chance that John and I were both living in Langley, British Columbia. He was still teaching literature, now at Trinity Western University, and I had blossomed into a writer. I showed him one of my Christmas stories, “The Anteroom of the Royal Palace,” and he read it to his family on Christmas Eve. For the next twenty years that same story was read every Christmas in the Anonby home. It will be read again this year.

For my new book I edited all of my stories, and the changes I made to “The Anteroom” were fairly radical. So at the launch party I asked John what he thought of the new version. He told me he couldn’t bring himself to read it. “The old one,” he said, “is just so perfect.”

I was even more struck by the first thing John said to me when I met him at the party. With a misty, faraway look in his eyes, he said, “We’re a long way from Winnipeg.” It was at that moment that I realized that of the seventy or so people in that room, John was the one whom I had known for the longest: forty years.

Yes, we’ve come a long way. Later it occurred to me that one day John and I will meet in heaven, and perhaps he will say to me then, “We’re a long way from Langley.”

For in heaven, just as all time will be present in an eternal moment, so all space will be collapsed into one glorious point. There will be no need to “go” anywhere because we’ll be anywhere we want just by thinking about it. In the same way that we can now conjure up Langley or Winnipeg in our imagination, so in heaven we shall do so in reality. All time, all space, will be at our minds’ fingertips.

I used to enjoy shocking people by saying that I did not expect to go to heaven, nor even to purgatory. After a significant pause to allow for raised eyebrows or an expression of protest, I’d explain that my preference was to spend eternity not in heaven but in the New Earth. I actually had a feeling that this would be my assignment, because I love the earth so much. Once this place is all cleaned up from the stains of evil, and shining new, I could quite enjoy settling down here forever.

Finally, however, I realized that I will not have to choose between heaven and earth, because heaven and earth will be one. They will be married. For “I saw the Holy City, the new Jerusalem, coming down out of heaven from God, prepared as a bride beautifully dressed for her husband. And I heard a loud voice from the throne saying, ‘Now the dwelling of God is with men, and He will live with them’” (Rev 21:2-3).

Indeed this great merger has already begun. Do you think of heaven as far off? It’s not, for Jesus brought it near. Thanks to Him, we live already in the dawn of eternity.

Anthony de Mello tells the story of a certain man who was unhealthily obsessed with the thought of life after death. To this disciple the Master said, “Why waste a single moment thinking of the hereafter?”

“But is it possible not to?”

“Of course—by living in heaven here and now.”

“And where is this heaven?”

Just think: All these thoughts came to me through meeting an old friend in Porter’s Coffee House in Langley. An old friend who told me, among other news, that he struggled with some significant health problems. One day, John, all our troubles will be over, and when you and I meet in heaven, perhaps we can sit down together to read “The Anteroom of the Royal Palace.” Except there will be no need for that then, because we’ll be in the Royal Palace, in the very Throne Room. Even better, the Anteroom itself will be the Royal Palace. All the mansions will be one.