The backyard of our former house featured a neighborhood playground. While sitting on my deck one day, I overheard two little girls at play.

“I brought a blanket and spread it on the grass,” said one.

“And then I brought a big basket and set it on the blanket,” said the other.

“And then we sat down and opened the basket …”

“And it was filled with all kinds of goodies …”

And so they continued, back and forth, describing their fantasy of a sumptuous picnic. 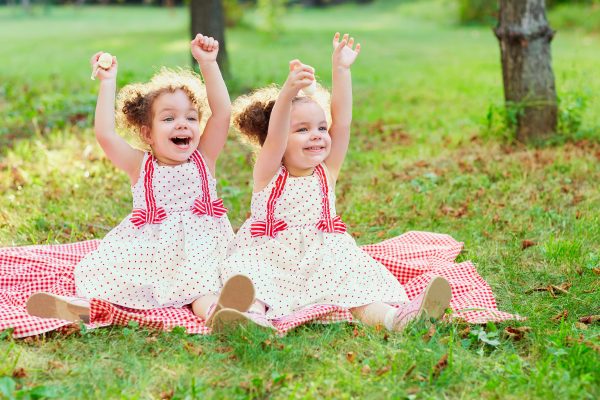 I was entranced. But one thing puzzled me: Why were they speaking in the past tense? Every move they described was enacted as they spoke it. The whole thing was happening before my eyes. So why not use the present tense?

Finally it dawned on me that everything the two girls said was preceded by two magical little words that were not expressed, but understood: Let’s pretend.

In short, Let’s imagine that this has already happened and we’re just acting it out, like following a script.

Pretending is the beginning of faith. Those girls were practicing for the time when they hoped to plan real picnics for a real family of their own. Beyond even that, they were practicing for the day when they would sit down to the great and unending banquet in heaven. When faith is strong enough, it uses the past tense to indicate that what it envisions has already been accomplished.

For example: “Thank you, Lord, that You have healed me. I receive my healing.”

Or: “Thank you, Jesus, that you have already supplied all of my needs.”

Jesus Himself employed this kind of faith when He said, just before raising Lazarus, “Father, I thank You that You have heard Me. I knew that You always hear Me” (John 11:41).

As I left those children to their game, I went through the rest of my day reflecting that everything important in my life has already been accomplished. And now it’s playtime.

Next Post:  How a Photorealist Portrays Angels: The Art of Alex Colville