On August 7, Karen and I will have been married for 37 years. What better way to celebrate than by publishing an excerpt from my book The Mystery of Marriage, which is almost as old? (Well, actually I can think of a few better ways to celebrate …) 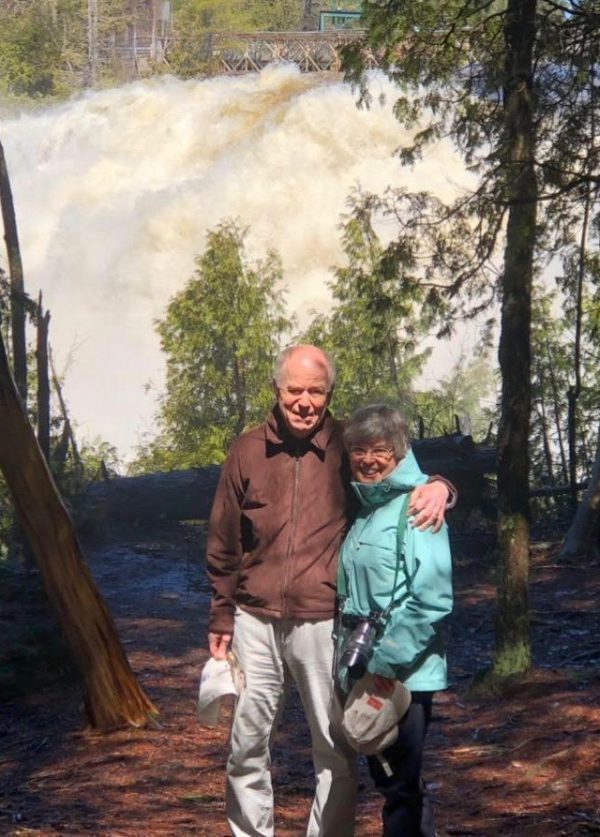 Marriage partners may be thought of as the astronauts of society—the daring explorers who do all the test-flying in a sort of ongoing experiment in the most radical fringes of human relations. Naturally there are many crashes, many casualties in this stratosphere of intimacy. It is a most dangerous profession and one with a high rate of burnout. It is demanding, draining, and often dreary work, and unlike space exploration the rewards it offers do not seem very glamorous. There will be no ticker-tape parade for the good wife or husband, and most couples actually have a tendency to avoid the very aspects of their work that do offer the greatest rewards. Particularly are they prone to resent all the time they must ‘waste’ with one another, and after the first year or so of marriage they have great difficulty believing that the lavish interpersonal extravagance that characterized their courtship might actually still be allowed, let alone be a necessary or a glorious thing.

Accordingly, great amounts of energy are channeled into other concerns, into friendships and social life, into careers, into the raising of offspring, into every conceivable cause except the cause of marriage itself. For what possible practical use could there be in continuing that systematic and unrelenting invasion of privacy that is the heart and soul, the rocket fuel, of a loving relationship? Everywhere else, throughout society, there are fences, walls, burglar alarms, unlisted numbers, the most elaborate precautions for keeping people at a safe distance. But in marriage all of that is reversed. In marriage the walls are down, and not only do the man and woman live under the same roof but they sleep under the same covers. Their lives are wide open, and as each studies the life of the other and attempts to make some response to it, there are no set procedures to follow, no formalities to stand on. A man and a woman face each other across the breakfast table, and somehow through a haze of crumbs and curlers and mortgage payments they must encounter one another. That is the whole purpose and mandate of marriage. All sorts of other purposes have been dreamed up and millions of excuses invented for avoiding this central and indispensable task. But the fact is that marriage is grounded in nothing else but the pure wild grappling of soul with soul, no holds barred. There is no rule book for this, no law to invoke except the law of love.

Marriage is the outer space of society, the wild frontier. Nothing else in secular society comes even close to the searing seriousness, the all-pervasiveness, the indissolubility and sheer daring of marriage. Indeed this little unit, bonded together by these preposterously simple and unique and revolutionary vows, is the beating heart of society itself. For there is no society without it. Without these odd male-female dyads, these unlikely little pairs of folk who (whether they like to admit it or not) are dying to one another in love, everything else in society would fall apart.

For all of society hinges upon conjugality, and marriage, as the most extreme case of human conjunction, represents par excellence that one mysterious binding force in human relationships upon which all others depend. It is the smallest of all organizations, with never more than two members, yet if there were only one such organization of two in the whole world, its significance would suddenly become radiantly apparent. Such a couple would be more famous than Shakespeare, the Beatles, the Pope, or a man with a brain transplant. As it is, the fact that marriages are as common and numerous as the stars takes nothing away from their importance. Clubs, fraternities, communes, communities, nations—all take their basic cue and pattern from the model of marriage, and yet each draws on only a fraction of that transcendent force for human cohesion that is present in its totality (or most nearly so) only in the marriage unit.

No wonder that people love weddings. Marriage is the simplest (and also, despite its bad track record in current statistics, still the most successful) form of mankind’s dream of an ideal community in this world. A good marriage is the closest thing on earth to the realization of a practical, enduring, and loving coexistence between people. It is a sign, a spiritual and social and political instance, of depths of love and patience and forgiveness that are unknown in other spheres of life. Every time a wedding takes place, the highest hopes and ideals of the whole community are rekindled. A wedding is the keynote address to the convention of human brotherhood. And the ensuring marriage is the test case, the leading edge, the sine qua non of loving unity in the world. Good marriages are the foundation of society. They are seeds, cell groups, pointing the way to that great human dream of utopia, which is fundamentally our longing for the Kingdom of God.

Next Post:  A Concert in the Forest, by John Muir

Posted in Stories and Excerpts and tagged Anniversary, marriage, The Mystery of Marriage.