One of my favorite writers is John Muir: a Christian, a naturalist, and an exceptional wordsmith. What follows is just a sample of why I love him, from his book The Mountains of California. Makes me wonder: Instead of always singing hymns in church, maybe we should try a few folk songs? 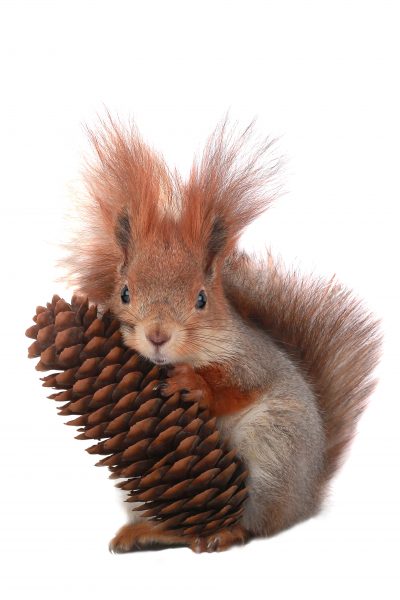 One calm, creamy Indian summer morning, when the nuts were ripe, I was camped in the upper pine-woods of the south fork of the San Joaquin, where the squirrels seemed to be about as plentiful as the ripe burs. They were taking an early breakfast before going to their regular harvest-work. While I was busy with my own breakfast I heard the thudding fall of two or three heavy cones from a Yellow Pine near me. I stole noiselessly forward within about twenty feet of the base of it to observe. In a few moments down came the Douglas. The breakfast-burs he had cut off had rolled on the gently sloping ground into a clump of ceanothus bushes, but he seemed to know exactly where they were, for he found them at once, apparently without searching for them. They were more than twice as heavy as himself, but after turning them into the right position for getting a good hold with his long sickle-teeth he managed to drag them up to the foot of the tree from which he had cut them, moving backward. Then seating himself comfortably, he held them on end, bottom up, and demolished them at his ease. A good deal of nibbling had to be done before he got anything to eat, because the lower scales are barren, but when he had patiently worked his way up to the fertile ones he found two sweet nuts at the base of each, shaped like trimmed hams, and spotted purple like birds’ eggs. And notwithstanding these cones were dripping with soft balsam, and covered with prickles, and so strongly put together that a boy would be puzzled to cut them open with a jack-knife, he accomplished his meal with easy dignity and cleanliness, making less effort apparently than a man would in eating soft cookery from a plate. Breakfast done, I whistled a tune for him before he went to work, curious to see how he would be affected by it. He had not seen me all this while; but the instant I began to whistle he darted up the tree nearest to him, and came out on a small dead limb opposite me, and composed himself to listen. I sang and whistled more than a dozen airs, and as the music changed his eyes sparkled, and he turned his head quickly from side to side, but made no other response. Other squirrels, hearing the strange sounds, came around on all sides, also chipmunks and birds. One of the birds, a handsome, speckle-breasted thrush, seemed even more interested than the squirrels. After listening for awhile on one of the lower dead sprays of a pine, he came swooping forward within a few feet of my face, and remained fluttering in the air for half a minute or so, sustaining himself with whirring wing-beats, like a humming-bird in front of a flower, while I could look into his eyes and see his innocent wonder. By this time my performance must have lasted nearly half an hour. I sang or whistled “Bonnie Boon,” “Lass o’ Gowrie,” “O’er the Water to Charlie,” “Bonnie Woods o’ Cragie Lee,” etc., all of which seemed to be listened to with bright interest, my first Douglas sitting patiently through it all, with his telling eyes fixed upon me until I ventured to give the “Old Hundredth,” when he screamed his Indian name, Pillillooeet, turned tail, and darted with ludicrous haste up the tree out of sight, his voice and actions in the case leaving a somewhat profane impression, as if he had said, “I’ll be hanged if you get me to hear anything so solemn and unpiny.” This acted as a signal for the general dispersal of the whole hairy tribe, though the birds seemed willing to wait further developments, music being naturally more in their line. What there can be in that grand old church-tune that is so offensive to birds and squirrels I can’t imagine. A year or two after this High Sierra concert, I was sitting one fine day on a hill in the Coast Range where the common Ground Squirrels were abundant. They were very shy on account of being hunted so much; but after I had been silent and motionless for half an hour or so they began to venture out of their holes and to feed on the seeds of the grasses and thistles around me as if I were no more to be feared than a tree-stump. Then it occurred to me that this was a good opportunity to find out whether they also disliked “Old Hundredth.” Therefore I began to whistle as nearly as I could remember the same familiar airs that had pleased the mountaineers of the Sierra. They at once stopped eating, stood erect, and listened patiently until I came to “Old Hundredth,” when with ludicrous haste every one of them rushed to their holes and bolted in, their feet twinkling in the air for a moment as they vanished.”

Posted in Stories and Excerpts and tagged John Muir.