Walk about Zion, go around her, count her towers, consider well her ramparts, view her citadels, that you may tell of them to the next generation. –Ps 48:12-13

These verses exhort us to take a good look at the walls of Jerusalem and realize how secure they are.

Yes, they’ve been breached and broken and rebuilt countless times, and the city ravaged. Materially speaking, this is true. But considered another way, these walls have wonderfully protected their people. Certainly the Jews have been ravaged in myriad ways over centuries, yet the miracle is that they are still here. No other people group has survived the loss of their homeland for more than three hundred years. Where are the Assyrians? Where are the Chaldeans? Where are the Philistines? All have been assimilated into other nations. But not the Jews. Their identity has persisted through war, exile, pogrom, holocaust, and relentless hostility from hordes of enemies. Twice they have lost their homeland utterly, only to return and rebuild. This is a story unequaled among all the other nations and peoples of the world. Jerusalem’s walls have indeed stood secure, and will continue to stand, for biblical prophecy asserts that this nation will endure until the very end.

The Bible has a great deal more to say about the walls of Jerusalem. Two books, Ezra and Nehemiah, are largely devoted to the rebuilding of the wall, and Ezekiel and Revelation go into considerable detail about gates, measurements, adornments—so that one wonders about the eschatological significance of the wall. Why is heaven portrayed as a walled city rather than an open garden? Who is the wall intended to keep out? Will hell have its own wall? Meanwhile, in our own day, another Israeli wall is even more notorious, the West Bank Barrier constructed to inhibit Palestinian terrorism. 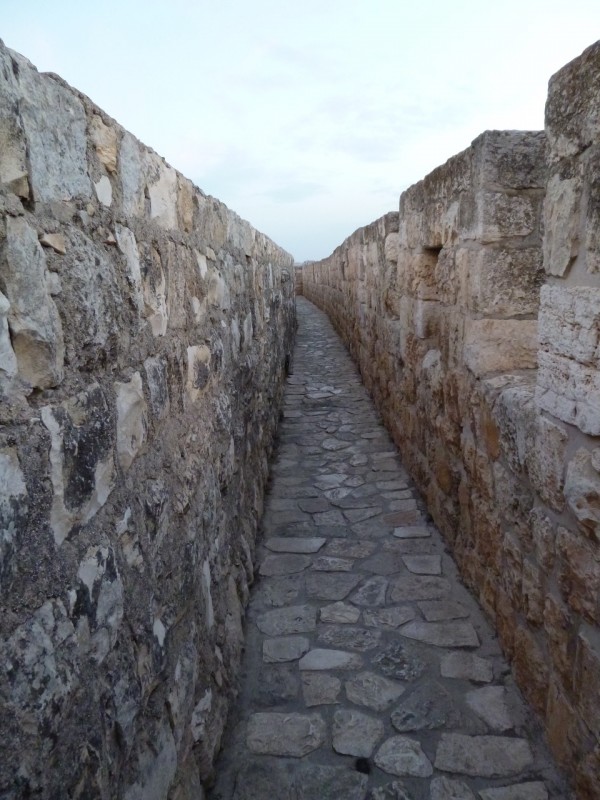 The Ramparts Walk on the Jerusalem Wall

One day in Jerusalem I went on the Ramparts Walk, a stone path that winds for nearly two miles along the top of the forty-foot-high city wall, affording spectacular views both within the Old City and beyond. In the beautiful late light of dusk, with my new camera I felt inspired to take dozens of photographs of individual stones in the wall. I kept thinking: Is this a stone that Jesus Himself saw, or perhaps even touched? 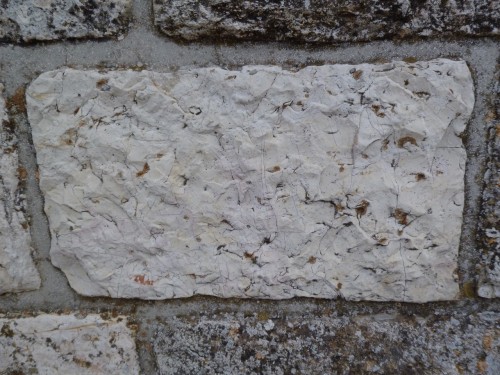 A Stone in the Jerusalem Wall

The present wall, completed by Suleiman the Magnificent in 1541, is not the same wall that Jesus knew—and yet it is. For as often as the wall was knocked down, it was rebuilt, and each time many of the stones from the previous wall were reused. Recycled stones from the time of King Herod are common throughout the city. Gracing the entrance to the Davidson Center, the city’s archaeological museum, are the words of Israeli novelist Chaim Be’er: “The Jerusalem stone, so resilient and supple, bows to the transient follies of humankind, bearing testimony like a hundred witnesses, and yet, remains silent.”

An anonymous internet author writes: “By sunset, Jerusalem’s stone walls are radiant with rosy golden and tawny hues, making it glow like a city of gold. A law was passed by the British mandate forbidding building with any other than local stone, to preserve the heritage of the splendid city. But do you know, geologically, what this famous ‘Jerusalem stone’ is composed of? It is limestone and dolomite, which are rocks formed over eons of compressed shells and corals—sea creatures of the past, compacted into fossils. Jerusalem’s stones are teeming with life.”

Next Week:  The Temple