My new book, Jesus: His Story In Stone, which was published last year as a series of 72 blog posts, is now available in book form! Here’s the story of how I came to write it. 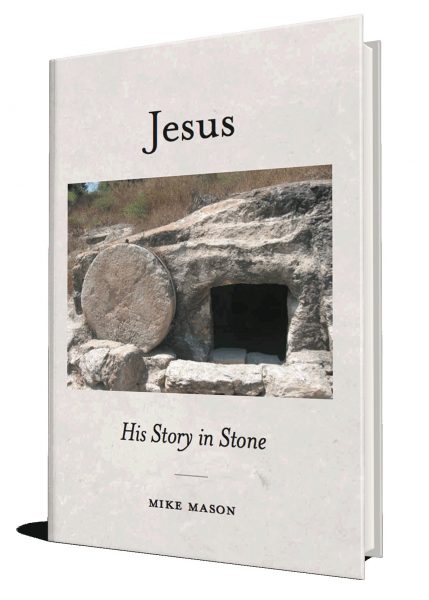 In February, 2012, when I turned 60, I was burnt out as a writer. I’d just completed the grueling task of entirely re-writing my previous book, The Violet Flash, from the ground up, and I was bone tired. I’d always said I would never retire; most writers don’t. But at 60 I was finished. I was ready for freedom.

So I retired. Hung up the keyboard, put away the pens and paper, closed my office. That was it. I was free!

For the next nine months I did whatever I jolly well pleased. I spent more time with friends. I did jobs around the house. I went on little holidays. I caught up with all kinds of stuff that never gets done when you’re working full time. I also went for a series of counseling appointments to try to deal with a chronic problem. The counseling didn’t help much, but I really enjoyed the weekly trips to Vancouver, taking extra time to shop, walk by the water, and be a tourist in my own city. Throughout this whole year I was not the least bit bored. Retirement was fantastic!

That summer a friend dropped in for a visit with some BIG NEWS: Our pastor was leading a small tour group to Israel, and my wife Karen and I were invited! Well, this didn’t go over too well with me. I’d never been much of a traveler, and I’d never had any desire to go to Israel. My answer was simple: No.

Three days later, the thought crossed my mind that I should at least pray about this invitation. No harm in that. But no sooner did I have this thought than I knew I was going to Israel. The answer came so quickly and decisively that I didn’t even have time to pray. I was going—that was all there was to it.

So we signed up, attended a series of preliminary meetings with the group of twelve pilgrims, and in October we got on a plane to Israel. What an amazing trip it was! For ten days we visited site after site where it seemed to me as though Jesus had just left a few minutes before. In one place, especially, I felt an especially strong sense of the immediacy of His presence. I was at a church called St. Peter in Gallicantu—a name that means cock’s crow in Latin, because it’s thought to be the site of the palace of Caiaphas, where Peter’s triple denial of Christ took place. Outside this church is a stone stairway known as the Holy Steps, which is exactly as it was in the first century. In other words, Jesus Himself almost certainly traversed these very steps. 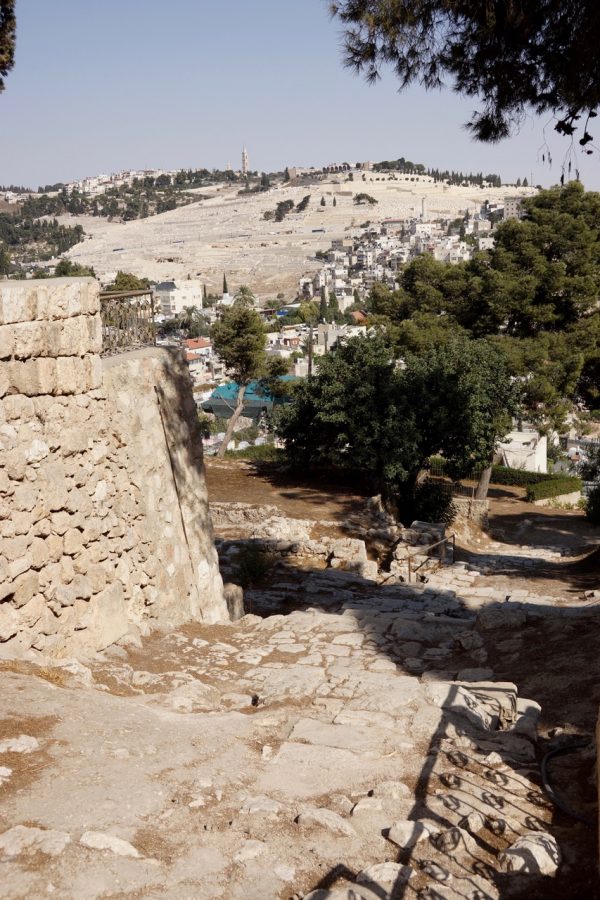 As I stood gazing at this stairway on a hot Jerusalem afternoon, this thought suddenly struck me with great force: The man I love, the Savior I worship, God Himself in flesh—His feet touched these stones! The whole turbulent scene of that distant Passover eve swam into view: Christ bound, hustled along by a cohort of Roman soldiers, accompanied by an incensed delegation of Jews and the temple guard, a disciple or two trailing at a distance …

It was almost like a movie playing in my mind.

The next morning, as I woke up in a Jerusalem hotel, my thoughts filled with plans for a new book. I knew I would have to tell the story of Jesus in stone.

From that point on I began making notes, and taking pictures of rocks and stones connected to the life of Christ. Karen, who is the better photographer, took more pictures. And upon returning home I began collecting images of other significant stones that we’d missed on our trip. I compiled my notes, I planned chapters, I did research.

All of a sudden, without any conscious intent of ending my retirement, I was no longer a retired writer. Thanks to Jesus, I was back in business. Not only that, but at age 65 I’m loving it more than ever. Since completing Jesus: His Story In Stone, I’ve begun work on a long adult novel about angels, and I have plans for several other books. Looks like I won’t be retiring again any time soon.

Jesus: His Story In Stone is available in hardback, paperback, and e-book (Kindle, Nook, iBook).

Posted in Blog and tagged Jesus: His Story In Stone.