A manger is a feed trough for animals. The word is related to the French manger, to eat. If you were to attend a French-speaking eucharistic service, as the priest or minister placed the morsel of bread in your hands he would say, “Prenez, mangez.” Take, eat. 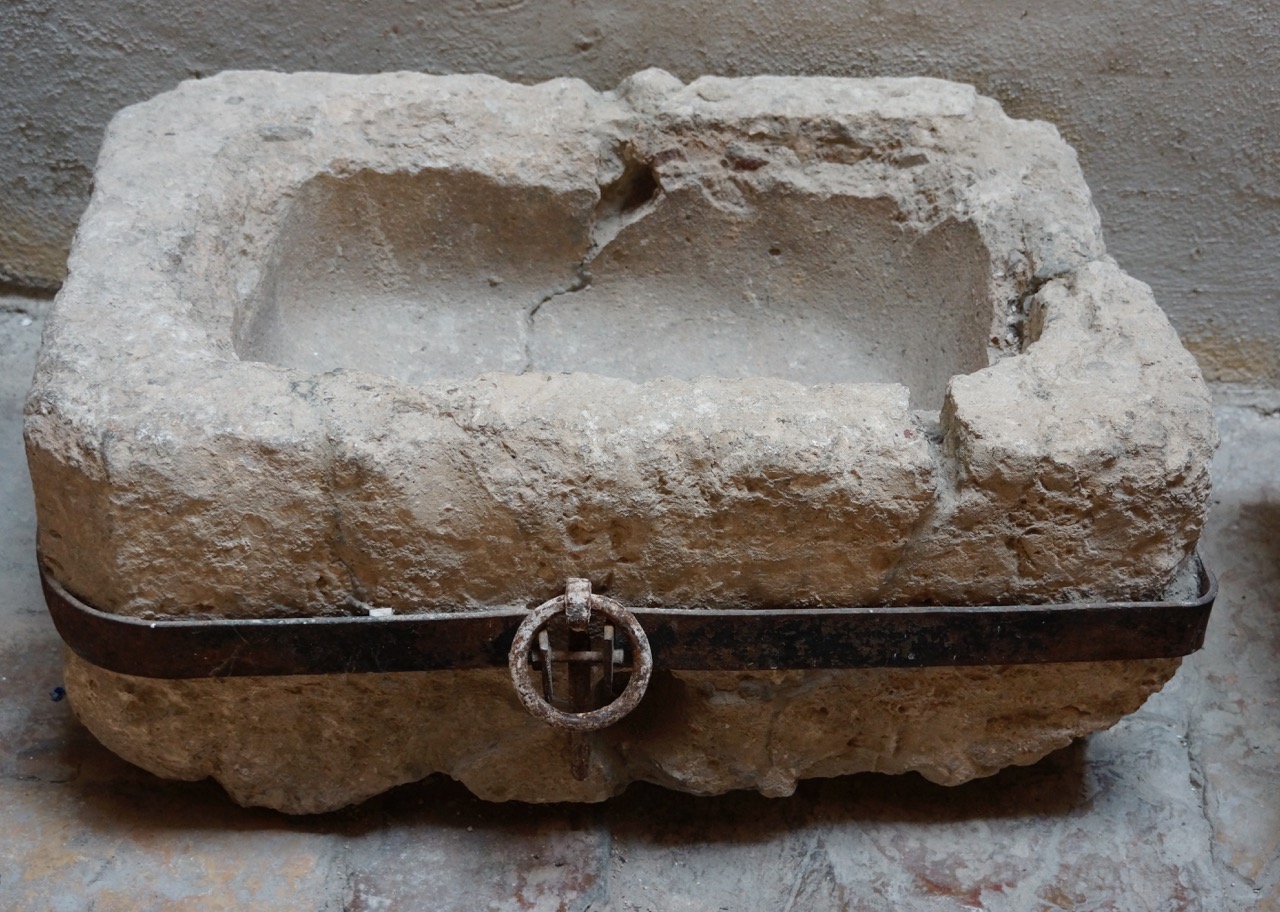 Join these two thoughts and we see that Mary placed her newborn son, the Bread of Heaven, in a common feed trough for the whole world to feast on. Already Christ was beginning to feed the multitude in order that, in the words of the Book of Common Prayer, “our sinful bodies may be made clean by His body, and our souls washed through His most precious blood.” No ordinary human being does this. Christ does because He is very God, born of a virgin. “For My flesh is real food and My blood is real drink” (Jn 6:55).

The photograph shows a first century stone manger located at the Convent of the Sisters of Zion in Jerusalem. It’s probably much like the original manger. The baby Jesus was laid, not in a nice wooden cradle built by His carpenter father, but on stone. No wonder Mary wanted to wrap her son in strips of cloth. Though probably lined with clean straw, this stone had been slobbered on by cattle. From the moment of His birth Christ was wrapped in rock, emerging from a womb of flesh into a womb of stone, prefiguring the tomb in which this king who was born to die would be buried. Yet even His stone tomb would open for yet another birth beyond all conception.

The manger gives its name to one of the most iconic places on earth, Manger Square in Bethlehem. Here every Christmas Eve the faithful gather around a giant, glowing tree to sing carols before midnight mass in the Basilica of the Nativity. Meanwhile, not far away looms a stone structure far larger than the humble manger: the Israeli West Bank Barrier designed to separate Israel from Palestine. If you go there, on the way you will probably see a potent image of modern times. Painted on a concrete wall by British graffiti artist Banksy, it portrays a dove in a bullet-proof vest. The dove carries an olive branch and has a red bulls-eye over its heart. 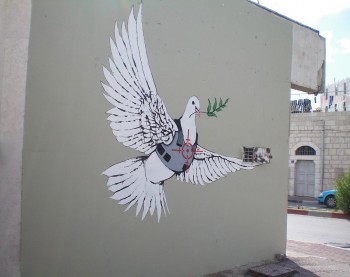 A fitting comment on the birthplace of the Prince of Peace.

Thankfully, the manger of Christ is not only in Bethlehem. In the words of St. Jerome, who lived in that very town in the fourth century, “Blessed are they who possess Bethlehem in their hearts and in whose hearts Christ is born daily.”

Posted in Blog and tagged Bethlehem, Christmas, Jesus: His Story In Stone, Manger.