My new book, Jesus: His Story In Stone, could be described as an illustrated biography of Jesus. It presents, in chronological order, seventy significant events of the gospel narrative, bringing them to life though photographs and word-pictures of stones that Jesus may have touched, walked on, or seen with His own eyes. 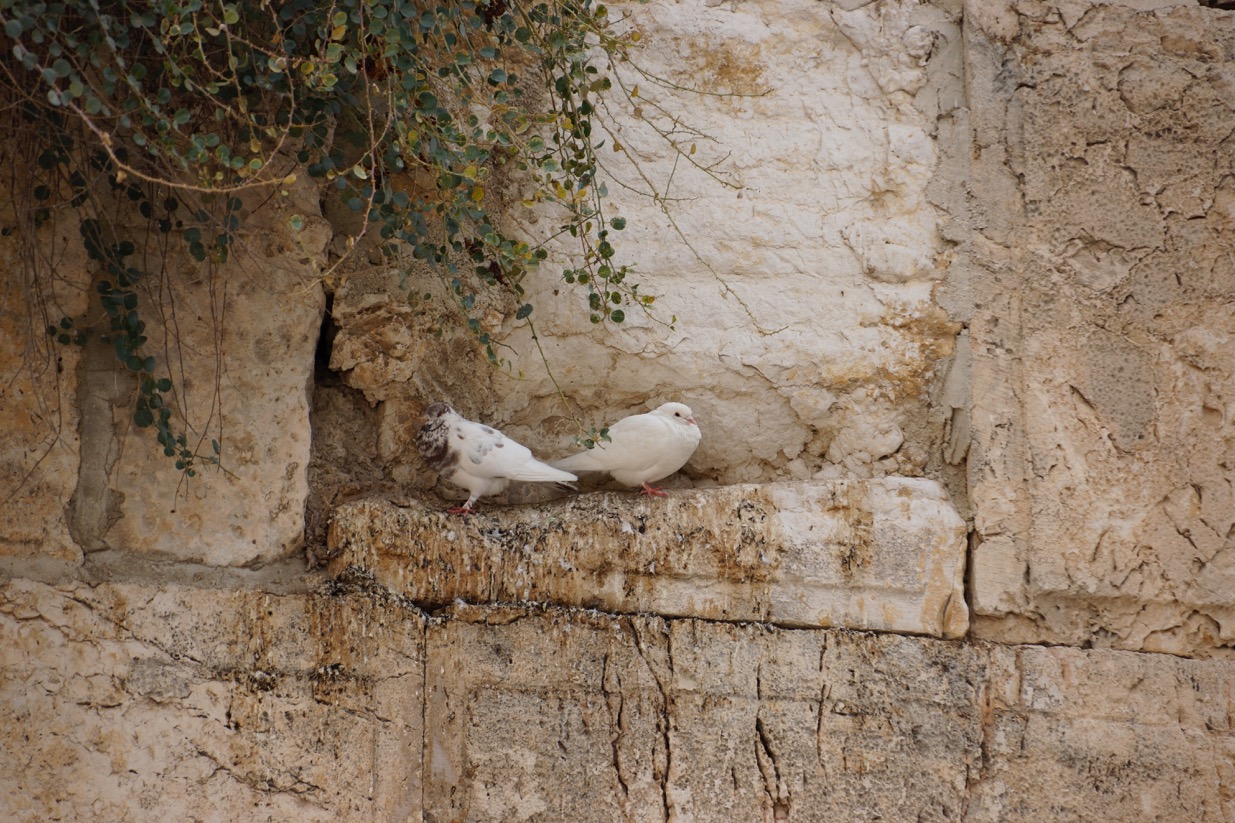 Doves on the Western Wall, Jerusalem

Nothing is more redolent of the presence of a loved one than his personal effects: physical things that formed a part of his daily life, things he knew and handled. In the case of Jesus we have nothing like this—unless we cling to such possibilities as the Shroud of Turin, the Sudarium (or face-cloth) of Oviedo, multiple fragments of the “true cross,” and so on.

But we do have firmer evidence in the form of rocks. In Israel we can indeed walk on stone steps and roadways where Jesus Himself almost certainly walked. We can view the cave in which He was likely born. We can look into the interior of Peter’s house, the scene of many miracles. We can touch the rock of Calvary, or the rock on which the resurrected Christ served breakfast to His disciples.

This is the territory of this book: still-existing stones that stand as mute witnesses proclaiming Jesus was here. Each two-page chapter weaves together archaeological background, contemporary setting, personal reflection, and visual images to present an encounter with the daily life of Jesus. 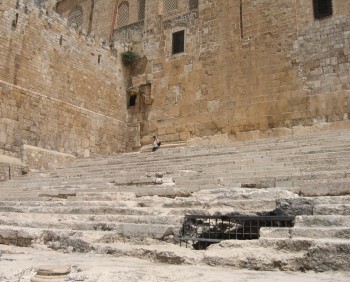 Rocks are the photography of antiquity, the closest we have to an evidential record of past ages. There are no photographs of Jesus or His surroundings, no audio recordings, no YouTube videos. But we do have a trail of rocks that tell His story in stone.

When my wife Karen was a little girl, just old enough to begin reading the Bible for herself, she came across the story of the Israelites crossing the Jordan River into the Promised Land. She was impressed that as the people entered the river, preceded by the ark of the covenant, the water receded before them, enabling them to cross on dry ground. But what particularly riveted her attention was one detail: how twelve men took twelve stones from the middle of river bed and set them up on the opposite bank as a memorial cairn—“and they are there to this day.”

What?! Young as she was, little Karen caught a sense of the great antiquity of this tale. It boggled her mind that a person today could still go to that place and see those very stones. And she wanted to go and see them! This thought lodged itself in her brain and wouldn’t let go. Moreover, when she heard in Sunday school that this was a cairn, she thought they were talking about her! Some day Karen would travel to the Holy Land to see the twelve stones that Joshua’s men had set up beside the Jordan.

In 2012 Karen and I went to Israel for the first time and saw the famous Jordan River. And you know what? Those stones aren’t there. We knew they wouldn’t be. Nor are the stones still extant from three other Old Testament stories that promise they will be: the pillar that Jacob set up over Rachel’s tomb (Gen 35:20); the great heap of stones over the body of the king of Ai (Jos 8:29); and Gideon’s altar at Ophrah (Jud 6:24). In all these cases scripture insists that the stones are “there to this day.”

Naturally, I realize the biblical writers were referring to their own day, not ours. Even so, why aren’t the stones still there? Well, the fact is that they are—because rocks endure. While the stones of those cairns and altars may have been scattered, they almost certainly still exist somewhere, probably in the same vicinity. Along with bone, stone is practically the only thing that does endure for eons. And stone relics much older than those mentioned in the Bible have survived in Israel. Just recently an enormous cairn of basalt boulders was discovered underwater in the Sea of Galilee. Over thirty feet high and 230 feet in diameter, it’s twice as big as Stonehenge and dates to more than 4,000 years ago.

Look up at the night sky and ponder just how old is the light that finally reaches our eyes from the stars. Now look down: The rocks under your feet are probably older, their origin sediments having been deposited well before light left any object you see in the heavens. This innate longevity of stone is, perhaps, part of the reason God created it. After all, it’s the material He Himself chose to write on when He presented Moses with the Ten Commandments. Other writing materials are perishable—paper, papyrus, silk, bamboo, clay, wood—but stone lasts. If it weren’t for stone and bone, most of the early pre-history of humanity would be lost, to say nothing of the geological history of the earth encoded in the fossil record. No wonder the psalmists, needing an image of permanence, again and again sing, “God is my rock!” (Ps 18:2)