Excerpt from The Gospel According to Job

Job is a book that tells things from the third point of view.   Probably, along with Ecclesiastes, it does this better than any other book in the Bible.  Not that the other Scriptures do not tell the truth.  But Job tells the truth in a way that makes it almost impossible to pervert the truth into pious pabulum. 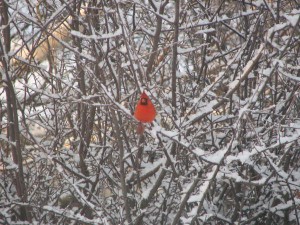 A few years ago I went through a difficult time.  Never mind what the problem was.  It was nothing compared to the trials of Job.  In fact, it was nothing at all compared to the sufferings of many of my neighbors right there on the quiet street where I lived.  But pain is pain, and suffice it to say that my pain was enough to drive me to my knees, totally defeated, half-crazy at times, and crying out for relief.  Month after month the battles raged on, thick, dark, agonizing.  I prayed, but somehow prayer did not ‘work.’  Usually nothing at all worked, except lying low and gritting my teeth until, for reasons entirely obscure to me, the straightjacket of oppression began to loosen a little––at least enough for me to get on with my life for another day or so before the screws tightened again.  What else could I do?  How was I to fight this?  In retrospect I can see that a large part of my anguish was rooted in the fact that there really was nothing I could do to control what was happening to me.  I was absolutely helpless, and it is this, perhaps, that is the soul of suffering, this terrifying impotence.  It is a little taste of the final and most terrifying impotence of all, which is death.

We Christians do not like to think about being absolutely helpless in the hands of our God.  With all of our faith, and with all of His grace, we still prefer to maintain some semblance of control over our lives.  When difficulties arise, we like to think that there are certain steps we can take, or attitudes we can adopt, to alleviate our anguish and be happy.  Sometimes there are.  But anyone who has truly suffered will know that when it comes to the real thing there is no help for it, no human help whatsoever.  Simply put, when we are in a deep dark hole we cannot think our way out; neither can we hope, sing, pray, or even love our way out.  In fact there is absolutely nothing either we or anyone else can do to better our situation.  We can have faith, yes; but in itself faith will not change anything.  Neither faith, nor any other good thing that a person might have or do, can actually lift the cloud, move the mountain, or bring about an end to the problem.  Only the Lord Himself can do that, and when He does, as Exodus 6:6 puts it, “Then you will know that I am the Lord your God, who brought you out from under the yoke.”  How will we know?  Simply because nothing and no one else could possibly have done it.  In this kind of crucible, therefore, we come to a new understanding of what it means to be saved, what it means to be snatched away from the brink of destruction.  Here we get down to the bedrock of the gospel.

During my night of anguish, I turned to the book of Job, and there I began to make contact with the gospel in a way that somehow I never had in studying the New Testament.  Reading Job, I found myself experiencing in new and astonishing depth the reality of Jesus’ promise in John 8:32, “You will know the truth, and the truth will set you free.”