Once upon a time I had a tattoo. I got it in 1977, long before tattoos were chic. 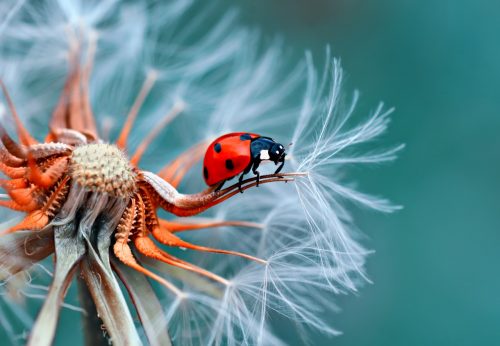 This was a spur-of-the-moment thing in my drinking days. Passing a tattoo parlor I thought, “Hey, wouldn’t that be cool!” and in no time the deed was done.

The following year I quit drinking, and the year after that I had an experience of Zen-like enlightenment. I’d begun searching for God, beginning not with the dead ‘Christianity’ I’d grown up with, but with eastern religions. One day as I sat cross-legged out in a field, suddenly every long blade of prairie grass became illuminated as though on fire from within, and I was filled with ecstasy. I’d done some drugs in my time but this was infinitely better. For days after that I went around stoned on reality—not just grass blades but everything, including people. For the first time in my life I felt completely happy in my own skin and joyfully comfortable with people. I loved everyone, grooved on everything, and glowed inside with deep peace.

Sadly, this feeling faded, though not the memory of it, nor the deep change it wrought in my spirit. And less dramatic versions of this experience have recurred intermittently. To this day I love looking at grass and I’m easily amazed by all of creation. Learning to love people has been a longer, more difficult journey, but I’m cautiously impressed with my progress.

In 1981 I became a Christian, and the following year I married into a conservative missionary family. At this point I grew embarrassed about my tattoo. My new wife, a doctor, had connections with a plastic surgeon who agreed to remove the tattoo. This was before laser surgery but the design was small enough to be surgically excised. The only price the surgeon required was, ironically, a bottle of Scotch. An old Scotch drinker myself, I knew good Scotch and I took him a bottle of Glenfiddich 18. And so, once again, the deed was done.

By this point you may be wondering what and where my tattoo was. I’ll get to that, but first I have another story to tell.

Easter always ‘happens’ for me. I tend to go through a dark time of struggle during the days leading up to Good Friday, but by Sunday I emerge into the light and am filled afresh with the glory of Christ’s resurrection. For over thirty years this pattern has recurred predictably, though always in a completely unpredictable way.

It happened again this year, but actually the experience I want to relate occurred on Easter Monday last year. It was a warm, sunny day, and still basking in quiet Easter joy, I ambled outside and happened to notice a bug. I have no idea what it was. Brownish, about an inch long, with antennae reaching another half inch, it wasn’t particularly attractive or colorful. But on closer inspection I found the pattern on its back to be quite beautiful. Entranced, I studied the little fellow for some time, and was gradually filled with an acute awareness of, and admiration for, the simple wonder of life. That such a small creature could be so perfect, and possessed of senses, a mind, a will of its own—this struck me as staggeringly marvelous.

And then I chanced to look up to the sun. Whoa! Just think: Here is a star, a gigantic nuclear furnace, visible in the daytime and far too bright to look at. And beyond it, visible at night, are zillions of other stars all blazing away to high heaven. Between contemplating that one bug and the zillions of stars, my mind was good and thoroughly boggled. Here, yet again, was a taste of my original enlighenment nearly forty years before. What’s more, this time the feeling would remain with me throughout the year, not as strong as initially, but accessible whenever I want it.

As I’ve said, being amazed at the wonder and beauty of creation comes easily to me. Countless times I’ve studied trees, flowers, animals in much the same way as I looked at the bug and the sun on Easter Monday. But I don’t recall the thrill ever lasting for so long afterwards.

Not until a week later, however, did I suddenly recall my tattoo—and was thunderstruck.

Now let me tell you about this tattoo. It was on top of my left wrist, easily obscured, if I wished, by the dial of my watch. And it portrayed—wait for it—a bug and a star! An orange ladybug was crawling toward a turquoise star. I liked the simple design, the bright colors, and the fact that I had never seen another tattoo anything like it. Only an inch separated my bug and my star, but I enjoyed pointing out to people that that creature would never reach that star. At least, not until I died and my flesh began collapsing into my bones. 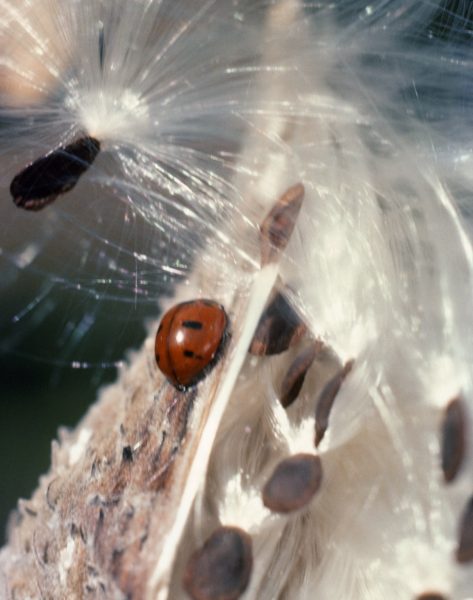 To me, my tattoo was a picture of reaching for the stars with endless idealism. As Browning wrote, “A man’s reach should exceed his grasp, / Or what’s a heaven for?” Within months of getting that first tattoo I was already planning my next one: a reproduction of a painting by Mondrian. But before I could do that, God came to my rescue.

Once I became a Christian, heaven was no longer beyond my grasp, but within it. And now, with my Easter Monday awakening, I almost feel as if I’ve caught a star and put it in my pocket.

And there are zillions more out there.

For Christ, the Light of the World, offers continuous enlightenment.

Next Post:  Pass It On: Joy Wants to Fill the World