Lying in bed at night as a little boy in Montreal, every half-minute or so the searchlight from the international airport, five miles distant, swept through my room. This is one of the most vibrant memories from my childhood.

I wonder if the boy Jesus felt the same about the shimmering lights of Sepphoris, the big city on a hill just four miles northwest of Nazareth? Did He see this sight from His window every night as He lay down to sleep, and then recalled it later while preaching the Sermon on the Mount?

Sepphoris (or Tzippori) was a large, Jewish, Roman-influenced city alive with culture, trade, and political activism. Known as the Jewel of Galilee, at various times it served as the capital of the province. Destroyed by the Romans in 4 BC, it was soon rebuilt by Herod Antipas in an enormous construction project that would have taken place during Jesus’ youth.

Contemplating Christ’s early years as a carpenter working with His father, we may tend to picture the two of them laboring day after day in a little shop making furniture. No doubt Joseph did have a shop, but probably he was more like carpenters today, a journeyman traveling to different job sites over a wide area for a variety of carpentry projects, including construction. Indeed the Greek word for carpenter used in the gospels, tekton, might be better rendered as builder, in which case Jesus may well have been skilled in working with stone as well as wood. It’s even possible that He was not a carpenter at all but a stone mason. In all His teachings He made not one reference to wood carpentry, though He often used images from masonry (e.g. Mt 7:24; 21:42; etc.).

As Sepphoris was just an hour’s walk away, it’s easy to imagine the two builders from Nazareth taking part in Herod’s great reconstruction. This may even have been the main source of their livelihood for some years. Pictured in the photograph is part of a Roman road discovered in Sepphoris, along which Joseph and his young apprentice may often have walked, carrying their tools. The two ruts worn in the stone testify to the passage of myriad cart wheels. 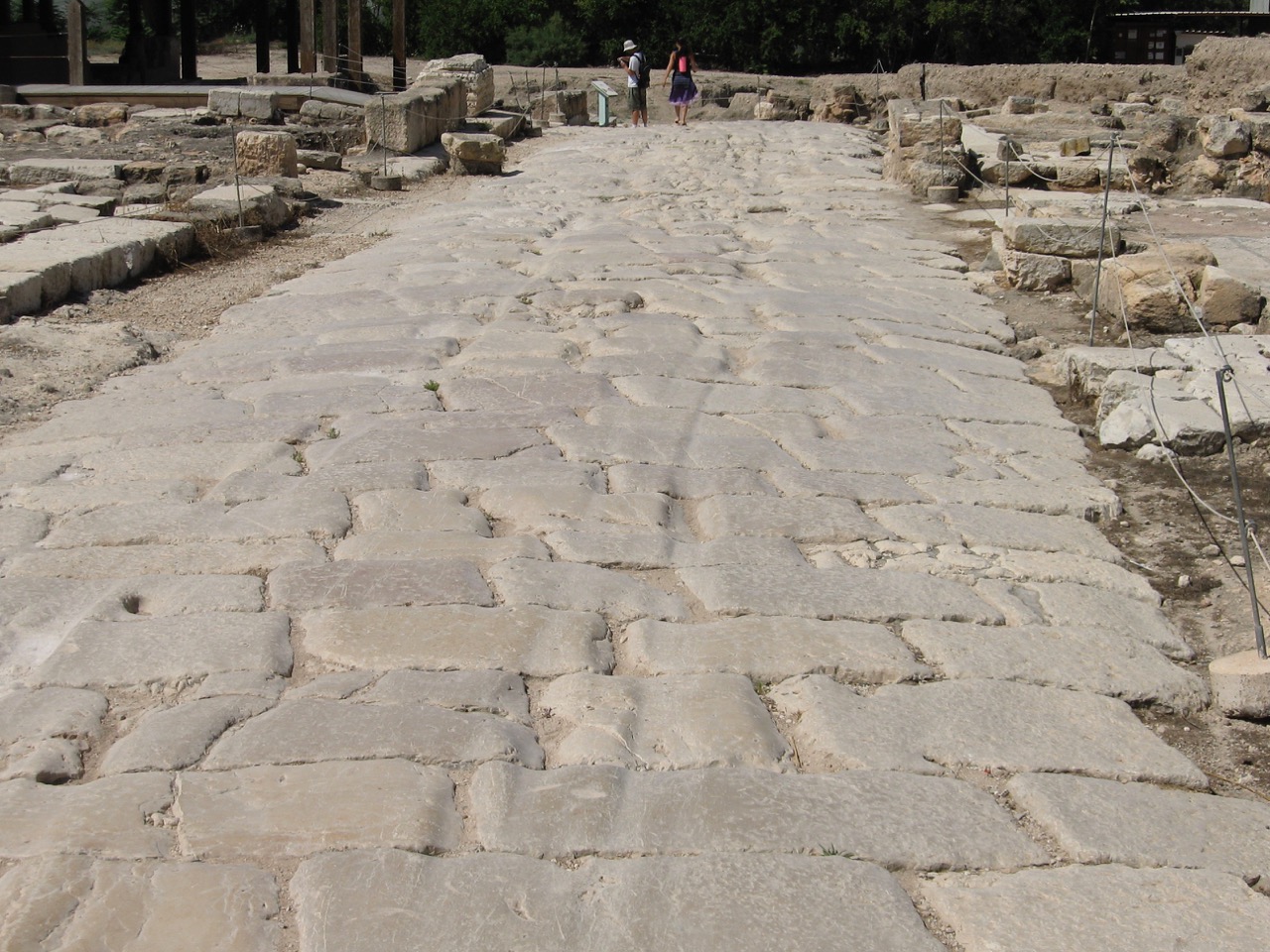 A Roman Road in Sepphoris

There is another reason why Jesus and His family may often have traveled to Sepphoris, for Christian tradition holds that Mary’s parents, Anna and Joachim, were natives of this city and no doubt hosted many family gatherings.

Excavated by half a dozen archaeological expeditions, Sepphoris has yielded some spectacular finds, including dazzling mosaics, a fine Roman-style theater, a massive underground aqueduct, and two early Christian churches. Indeed one of the masterpieces of ancient art was found in a banquet hall here, a stunning mosaic portrait of a woman who has been dubbed the “Mona Lisa of Galilee.” Though it dates from two hundred years after Jesus, it suggests, in the words of excavator Eric Meyers, that “there was a much more liberal attitude towards the second commandment banning pictorial images in Judaism, and that Jews in general were much more flexible with respect to image making and artistic presentation and activity.” In Sepphoris at this same period, Judah the Prince compiled the Mishna, the first major Jewish body of law to be codified in Palestine—showing again how important a center of Jewish learning this was.

Our little boy from Nazareth, far from being stuck in the sticks, could not have escaped the influence of this wealthy, bustling crossroads of commercialism.

Next Week:  The Mount of Temptation