I know that my Redeemer lives, and that in the end he will stand upon the earth. –Job 19:25

Enclosed in a glass case at the church of Sakha, Egypt, is an object that will seem strange, perhaps even laughable, to western eyes: a footprint of the baby Jesus preserved in stone. 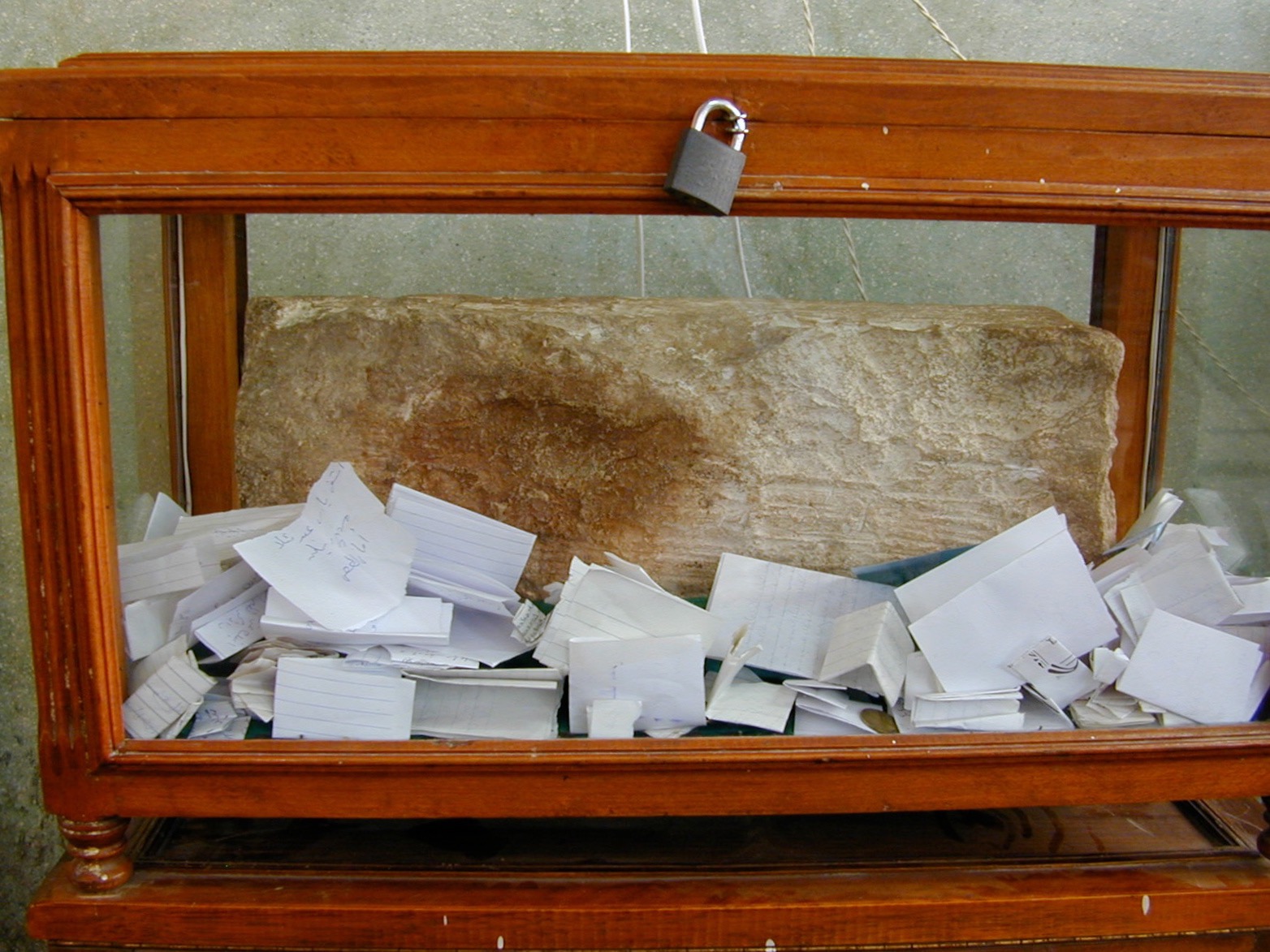 The Stone Footprint of Sakha

Coptic tradition holds that when the Holy Family came to this area, they were thirsty and found no water. But when the infant Jesus stepped on a flat rock, immediately water gushed forth, and a print of His foot was left in the stone. Medieval documents testify that this stone was preserved at Dayr al-Maghtis, which means “monastery of the pool,” so called because it was a favored baptismal site. When this monastery was destroyed, one of the monks rescued the stone footprint and hid it.

Fast forward to 1984, when Christian workers installing a sewage system at Sakha made a curious discovery: a rock with a shallow, dark depression bearing at its center the impression of a tiny foot, and on the reverse side the Arabic word Allah, or God. Wondering if this might be the famous Bikha Isous, the lost footprint of Jesus, the workers brought the stone to Pope Shenouda, head of the Coptic Orthodox Church. He kept it for a long time, praying over it and saying three liturgies, until finally he proclaimed it to be the authentic Bikha Isous renowned in their tradition.

Today, on special occasions, perfumed oil is poured into the footprint and collected. It is believed to have miraculous powers and pilgrims flock from miles around to be anointed for healing.

How much credence should we give this story? As in the previous chapter, this question brings up the interesting contrast between Coptic and Western views of truth. As one source puts it, “Western tradition attaches great value to scholarly evidence…. On the other hand, the Coptic Orthodox tradition attaches great value to faith and to the statements or revelations of important church fathers, who would not make such statements if they were not supported by known facts and traditions. Thus the logic that ‘it is true if we have evidence’ stands opposed to the reasoning that ‘it is true if it comes from a trusted source and it could be true.’” *

Add to this the fact that in earlier centuries, before there was any ‘western world’ and when many people could not read, oral tradition was much more important. Indeed the validity of most of the sacred rocks discussed in this book depends largely on oral tradition. Isn’t this precisely what holds our fascination? For these things reach back into the mists of time when written records and scientific evidence were sparse, and when communal values were stronger and people naturally placed more trust in the faithful transmission of cherished traditions. Moreover, oral tradition was self-correcting in much the way that Wikipedia is now, undergoing continual scrutiny and editing. Even today in many settings it is impossible to tell an oral story without someone (especially one’s spouse!) challenging some small detail. Societal consensus supports getting the facts straight.

In the end what really matters is not whether the Bikha Isous really is the footprint of Christ, but that this same Jesus, God in the flesh, did set foot on the earth at all: that God actually has a human foot. Because if He has a human foot, He has a human heart. The very existence of this stone footprint echoes the truth: God was here!

*Gawdat Gabra, ed., Be Thou There: The Holy Family’s Journey in Egypt, American University of Cairo Press, Cairo, Egypt, 2001.

Next Week: Sepphoris in Galilee