In 1998 Loretta Ross-Gotta began spending time alone in prayer at a hermitage. Before long she found herself immersed in a deep, extraordinary conversion of soul. I love the following passage from her wonderful book, Letters from the Holy Ground, which describes this early period of getting alone with God: 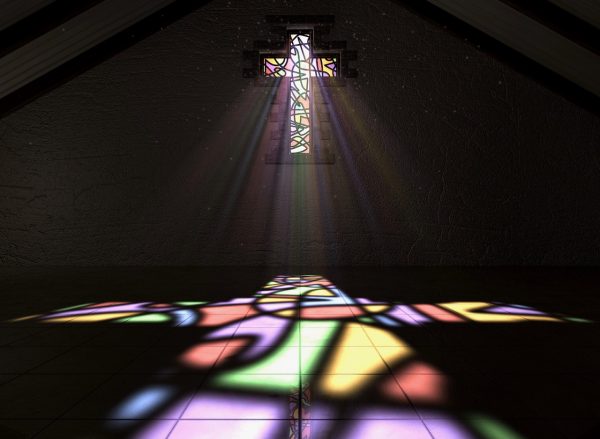 The more I prayed, the more sensitive I grew to the suffering of others. I became acutely aware of both the presence of God and the presence of sin and evil. The violence of television made me ill, and the morning newspaper left me in tears. I began getting migraine headaches. I became oddly sensitive to people, cities, electronic gadgets, and fluorescent lights. I wanted only to be very still and silent.

Talking, teaching, and being around people became more and more difficult. Speaking about God as an object seemed like rude gossip, while God was so intensely present to me. It was an effort to shut down my awareness of God’s presence enough to objectify God in reading and teaching. Why talk about God, when we could be with God?

The world was charged with an inexpressible beauty and sanctity. A tenderness so fine and pure that it made all the love I had ever known before seem coarse and vulgar held me in its sweet embrace. Something as ordinary as the rocker in my living room brought me to my knees in tears one morning with a sense of the awesome journey of the molecules that made up its polished surface.

At the same time, much of the world seemed alien, and I often felt painfully out of place. Polite conversation seemed like meaningless babble. Why couldn’t I be like other people, I wondered? What was wrong with me? The culture, including the Church, was stampeding past the beauty and holiness in all that God had made. We seemed liked bulls mindlessly grazing in a china shop, continually stepping on and squashing the exquisite sanctity of one another.

Later I dreamed someone was weeping. I heard deep anguished sobs. I awoke confused and called out in alarm to my daughter, “Cicelia?” Silence. Then, “Who is it?” I asked. “Jesus,” the voice replied.

This poignant loneliness of God and divine longing for our companionship became the heart of my understanding of God. God was vulnerable—and God’s vulnerability rose out of God’s passionate love for us.

My compassion for the suffering Christ and identification with him through my pain deepened. I became angry and impatient with anyone who did not share this sense. Jesus was becoming the focus of meaning and purpose in my life. I worried that I was becoming a fundamentalist, and struggled to find words and images to articulate for our time what I was coming to understand that God is accomplishing in Jesus. One Holy Week I slept little and  wrote in a white heat about Jesus and redemption, as I tried both to resist and to reconcile myself to the intense interior conversion of my soul.

Next Post:  No Guts, No Glory: The Passionate Disciple