In Renaissance art one of the most commonly portrayed martyrdoms was that of St. Sebastian. The sight of this great lover of God with his body riddled with bloodied arrows is a shocking one, as the artists intended it to be. Yet how much more shocking it is to state, as Job does, that God Himself is the cruel archer who so tortures His own saints to death.

What are we to make of Job’s seeming sacrilege? Have some of us, perchance, had these same feelings toward God but without daring to put them into words? Job’s faith is that of a champion, a marathon runner, an Olympic wrestler. But it is precisely because his faith is so mighty that it is capable of withstanding such great storms of doubt, confusion, and rage, This man has an inner confidence that faith in God is not some puny fragile thing that needs to be coddled and nursed along lest at any moment it slip out of one’s fingers. No, real faith is powerful, energetic, elastic, and durable—in short, a fit vessel for containing the entire gamut of human passions. Nothing else on earth, in fact, is stronger or more lasting than faith in the Lord. As the only force in the universe that can conquer death, it must be potent indeed! 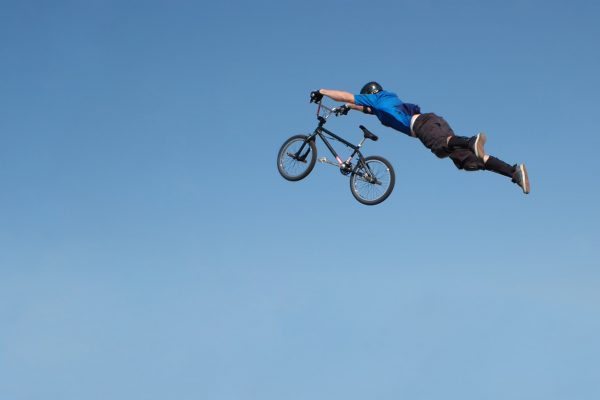 The sort of faith that eats death for breakfast is not going to be piously preoccupied with the maintenance of a saintly exterior. Rather, it works from the inside out. It follows Jesus’ advice to “first clean the inside of the cup and dish, and then the outside also will be clean” (Mt 23:26). Patience, gentleness, and self-control are wonderful qualities to have, the very fruit of the Holy Spirit. But they are only virtues when they are truly authentic—that is, when they emanate irrepressibly from deep within the heart. When, on the other hand, they are laid on as a veneer over top of insincerity, then nothing in the world is more ugly. When virtue is faked, it is a sickening thing, and doubly sinful.

How much better for a believer in God to exhibit a rough exterior than to bottle things up inside under a tawdry, saccharine layer of Christian “goodness.” As Richard Sibbes wrote, “Some infirmities discover more good than some seeming beautiful actions. Excess of passion in opposing evil, though not to be justified, yet sheweth a better spirit than a calm temper, where there is just cause of being moved. Better it is that the water should run something muddily, than not at all. Job had more grace in his distempers, than his friends in their seeming wise carriage.”

Self-control is a vital quality in Christians—but not to the point where it eviscerates our passions. Is not God Himself an intensely passionate being? He loves passionately, He hates passionately, and there is absolutely nothing about which He is dispassionate. He is capable of passionate jealousy and passionate anger, and more than that there was a time (if we are to believe Genesis 6:6) when He grew so despairingly furious with mankind that He regretted having created us at all.

Because God’s feelings toward us are so strongly emotional, He respects strong emotion in a human being. He respects a person who, in pursuit of truth, can simply open his mouth and express the way he honestly feels inside. Yet how sad it is that so many who claim to believe in this God have also a fundamental suspicion of their own deepest feelings and instincts, an innate distrust of the very way in which they were made. Rather than living spontaneously according to the impulses of their hearts, such people end up conforming slavishly to external, pietistic images of expected behavior. With mature disciples of Jesus it is just the opposite. They are the ones who have learned to trust their own gut reactions, who know that it is all right (and at times essential) for what is in the gut to come out—not because there is anything fundamentally good or trustworthy about a human soul, but rather because, quite simply, in a true Christian that is where the Lord Himself has taken up residence: in the gut.

Posted in Stories and Excerpts and tagged Job, The Gospel According to Job.