Excerpt from The Mystery of Children

One day in our church all the parents were encouraged to stand before their children and take their hands.  As we looked into our children’s eyes, the pastor read Jesus’ words in Matthew 18:3: “I tell you the truth, unless you change and become like little children, you will never enter the kingdom of heaven.” 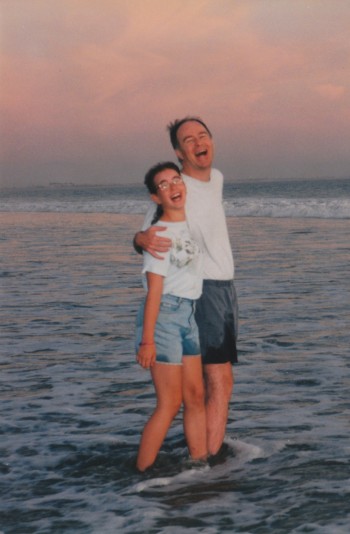 It was a similar setting in which Jesus first spoke these words.  As scripture says, “He called a little child and had him stand among them” (v.2).  Jesus’ point was that we––the adults––are the ones who must change.  This passage cannot be understood in the abstract, but only as you look into the eyes of a child you love and see that you must become like him or her, not the other way around. This is the role that children play in the Bible.  They are instruments of change.  Characteristically when God is about to do something brand new, He does it through a child: through a baby Isaac, a boy Samuel, or an incarnation of Himself in a manger.  If God were a painter, He would paint not with brush and oils but with babies.  If He were an historian, He would write the history of the world not with kings and armies but with children.  If God were a preacher, He would preach not with words but with you and me, His own dear sons and daughters.

To be a good adult, you must first become a good child––a good child of your heavenly Father.  If you’re having trouble relating to the children in your life, it’s because your Father in heaven is having the same problem with you.  In fact the very behavior that troubles you in a child is an outward mirror of the flaws in your own soul.  In other words, if as a parent you don’t like your child’s behavior, try changing your own.

Years ago I took a course in which the professor outlined the various ages through which Christianity has passed in its two-thousand-year history.  The earliest centuries he called the Age of the Martyr.  Later came the Age of the Monk, the Age of the Pilgrim, the Age of the Soldier of Christ, and so on.  My professor, James Houston of Regent College, ended this lecture with a statement I have never forgotten: “The age that the church is presently passing through is the Age of the Child.”As Christianity embarks on its third millennium, it is no longer sufficient for believers to set their hearts on being martyrs, pilgrims, or soldiers.  It is not enough to be a pastor, an evangelist, a monk, a missionary, a charitable worker, or a devotional writer.  No, as the cloud of darkness deepens over the earth, and as sin grows and mutates to develop ever more sophisticated strains of wickedness, what the world is looking for is something brand new.

In its last days the world needs, not more Christianity, but a new breed of Christian.  In a sense it is time for the church herself to be born again.  It’s time for you and me to become like little children.