Far in the future, a spaceship from Earth approaches a white dwarf star surrounded by clouds of gas from the time it went supernova. On board the ship are scientists, including a Jesuit astrophysicist, sent to investigate the reasons behind the supernova explosion.

Fully expecting this star’s planets to have been destroyed, they are surprised to discover that a small Pluto-like world still exists in the system’s farthest outskirts. Approaching, they are further surprised to find evidence of intelligence in the form of a monolith.

Landing on the planet to investigate, they uncover a vault beneath the monolith, full of artifacts from the civilization that had flourished before the explosion. Apparently, foreseeing their imminent destruction, these people had desired to preserve a record of their existence. Not yet capable of interstellar travel, they had planted the time capsule on their outermost planet, in hopes of it being found by a future race.

The Jesuit, exploring this hoard, is moved by how similar to humanity was this culture, and how decent and peace-loving. At the same time, however, the priest loses his faith. For in calculating the time when the supernova occurred and would have been visible on Earth, he realizes that this bright celestial event must be the answer to a mystery that had long perplexed him: What was the Christmas star?

“Dear God!” he concludes. “There were so many stars You could have used. What was the need to give these people to the fire, that the symbol of their passing might shine above Bethlehem?” 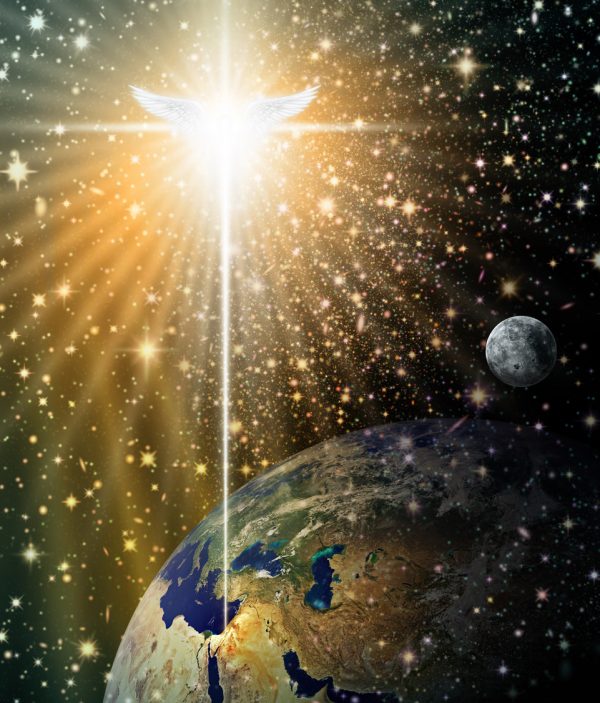 The above is a summary of the plot of Arthur C. Clarke’s short story “The Star.” Clarke’s idea that the Christmas star was fueled by the destruction of a civilization becomes sufficient justification for a devout Jesuit to abandon his faith.

But wait:  Had our Jesuit not read his Bible? Had he forgotten the slaughter of the innocents—the fact that scripture itself testifies to the birth of Christ being attended by the wholesale destruction of apparently innocent human life?

Like so many today, this Jesuit failed to recognize the sign of the cross:  that the world is redeemed by suffering. Both the lead-up to Christmas, and its aftermath, were marked by suffering:  Mary’s public shaming; Joseph’s agony of doubt; the difficult journey to Bethlehem; no room at the inn; and afterwards, exile to Egypt. Even for the Baby Jesus Himself, what must it have been like to be born into this cruel world? Birth is hard enough for a normal, sinful child: how much harder for Christ’s innocent divinity!

Yes, Christmas was the beginning of the Lord’s passion, and of the world’s. Not that the world hadn’t suffered before this; but from now on its suffering would be—or could be—meaningful and redemptive, pointing beyond this present doomed world to an eternity of love. Rather than abandoning his faith, that Jesuit—and his author-creator—should have bowed their heads in worship.

Next Post:  Clearing the Desk: A New Year’s Gallimaufry