Jacob used a stone for a pillow; Jesus used a stone for a bed. We’ve seen the sort of stone manger in which He likely was laid as an infant. Later on, during the Holy Family’s sojourn in Egypt, it is believed they spent six months living in a cave near Mount Qussqam, during which time the Christ child slept on a bed of stone.

Chapel of Mary, Monastery of al-Muharraq

(This was not so unusual in a land full of caves, a good many of which are still inhabited). That bed, preserved to this day as the altar in the Chapel of Mary at the Monastery of al-Muharraq, is the oldest Christian altar stone in the world. The second photograph shows only the capstone over the altar, for an image of the stone itself has never (to my knowledge) been published in western media. 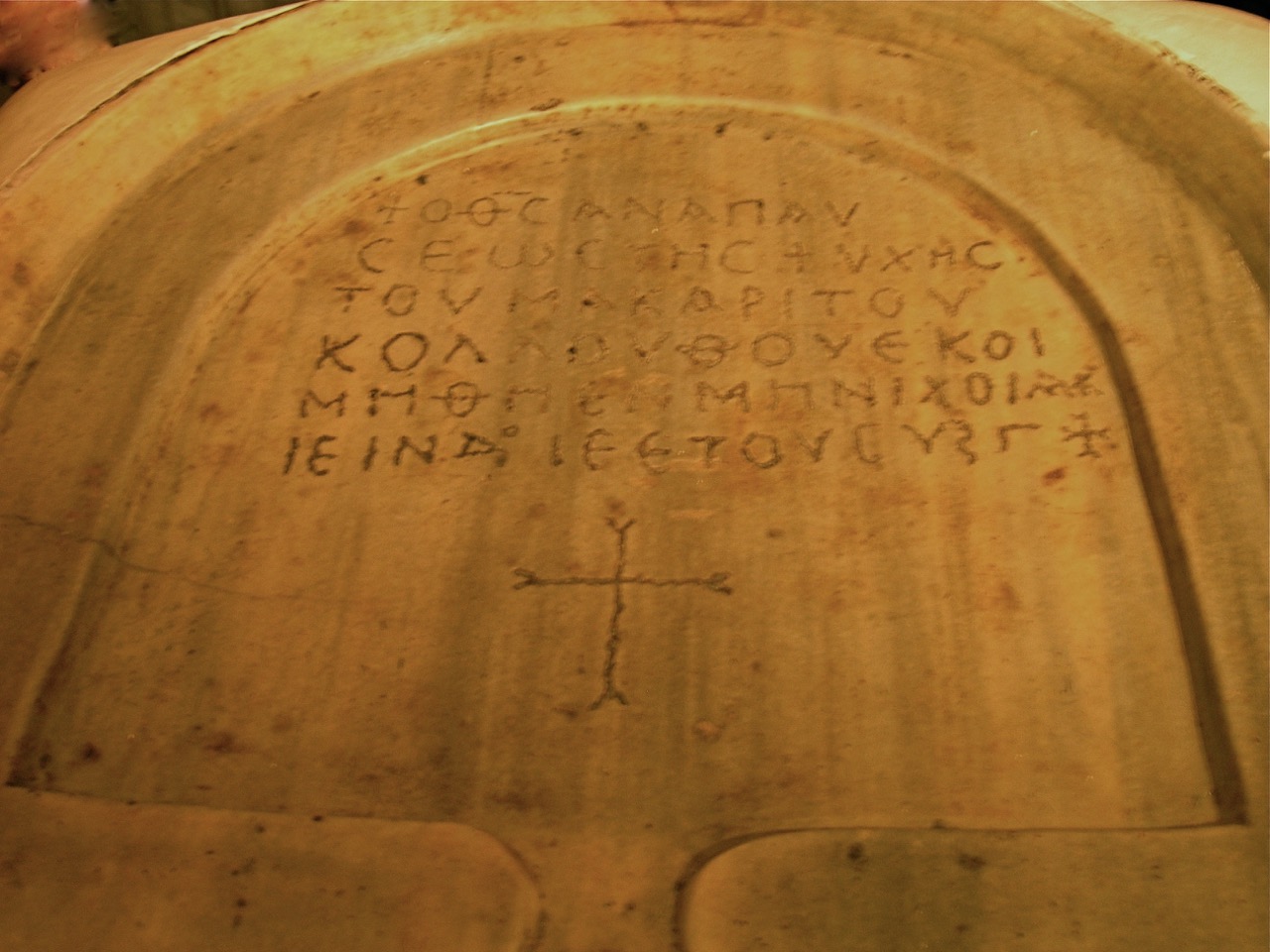 Coptic Christians believe Jesus blessed this place as a church, making it the only church consecrated by Christ Himself. In fulfillment of Isaiah’s prophecy, this monastery stands literally “in the heart of Egypt” at the country’s exact geographic center. As for the “pillar to the Lord at its border,” the Patriarchal See of the Apostolic Church, established by St. Mark, is in Alexandria on Egypt’s northern border.

From ancient times the Lord has had a peculiar relationship with Egypt. “Out of Egypt I called My son” prophesied Hosea (11:1) in an image reminiscent of birth, and the Jewish race was indeed born out of Egypt. Al-Muharraq is Egypt’s holiest site, known by Copts as the Second Bethlehem. The monastery walls were deliberately constructed to resemble those of Jerusalem, for the monks hold this place as equally holy. The name al-Muharraq, which means the burnt monastery, stems from the many attempts to burn it down. As recently as August 2013 the chapel was torched by the Muslim Brotherhood.

Here it was that the Angel of the Lord appeared to Joseph in a dream, saying, “Get up, take the child and His mother and go to the land of Israel, for those who were trying to take the child’s life are dead” (Mt 2:20). Here also Pope Theophilus had a vision of the Virgin Mary in the fifth century, delineating the Holy Family’s journey in Egypt. Although it would be seven hundred years before this vision was written down, the Copts accept their oral traditions as if written in stone. As they see it, these traditions were not transmitted from one individual to another but from one congregation to another, thus verifying their accuracy by many witnesses.

The setting up of a rock as an altar is an age-old practice that pervades the Old Testament, going back as far as Genesis 28 where Jacob turned his pillow into a pillar. Having dreamt of meeting God, upon awaking he “took the stone he had placed under his head and set it up as a pillar and poured oil on top of it” (vv 16, 18). He called the place Bethel, meaning House of God, making this arguably the first church. Ever since then church altars have commonly been made of rock. The church I attend has a large granite altar weighing some fifteen tons. Moved by conveyor belt from the previous building, it required a substantial upgrade to the new foundation to support it.

What are we to make of the sleeping-stone altar at al-Muharraq? Perhaps it falls into the category of John 21:25: “If [all the events of Jesus’ life] were written down, I suppose that even the whole world would not have room for the books that would be written.” The young Jesus must have slept somewhere in Egypt, and a cave is a pretty good place to hide out if you happen to be on the lam from a Roman death squad. We can only imagine what visions the Son of God may have had, what sweet communion with His Heavenly Father, as He lay dreaming on His stone couch.

Next week:  Footprint in Stone