If only there were someone to arbitrate between us,
to lay his hand upon us both,
someone to remove God’s rod from me,
so that his terror would frighten me no more.  (Job 9:33-4)

In the context of the Old Testament, what daring and revolutionary words these are! Job wishes so passionately for his suffering to be relieved and his faith vindicated that he goes so far as to challenge and bend orthodox doctrine by introducing the strange notion of an “arbitrator” or mediator between himself and God—someone to “lay his hand upon us both.” Many a Christian who knows the New Testament backwards and forwards would be hard pressed to put the gospel of Christ into terms any clearer than this. 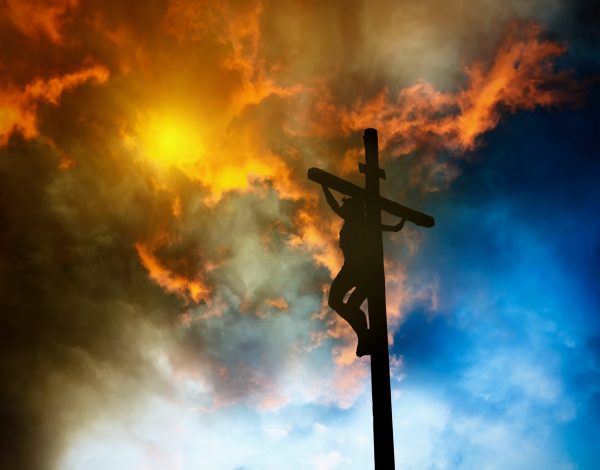 To Job’s friends, however, such a notion must have sounded at best fanciful, at worst heretical, as it would have seemed to mollify or water down divine justice by placing man on an equal footing with God. Yet oddly enough, the Lord Himself turns out to be a bit of a heretic. For God too wishes so passionately to bring about peace between Himself and humanity—peace at any price—that He becomes willing to bend. He bends, in fact, all the way down from His lofty throne in Heaven to a lowly stable in Bethlehem, in order to provide mankind with the very mediator for whom Job here prays. If there is really no other way for God and man to agree, says the Lord, then I Myself will sit down at the bargaining table and negotiate. I—even I, the awesome and glorious Lord of all—am prepared to bind Myself to arbitration.

In truth—and this is the central secret of the Bible—it was the Lord’s own idea all along that both He and mankind should submit to binding arbitration: in other words, to covenant. It has always been His plan to make peace with the human race through a mediator, through someone who could “lay his hand upon us both” by being at one and the same time the Son of God and the Son of Man, a perfectly fair and impartial representative of each party. From our point of view, we may tend to presume that because this mediator, Jesus Christ, is Himself God, He must be biased in God’s favor. But this is surprisingly not the case. For Christ is not only God but man, and so He is just as much on man’s side as on God’s. Indeed the cross is the great evidence of the fact that He is essentially on no side at all, for He did not come to take sides but to make peace. “God did not send his Son into the world to condemn the world, but to save the world through him” (John 3:17).

Job, of course, has no clue as to how exactly his preposterous wish for a mediator will in the fullness of time come true. Yet even by the end of the book there is a sense in which his prayer is already answered. For in dreaming of a mediator for his own case, the irony is that Job himself ends up being given a mediatorial role—not on his own behalf, but on behalf of Eliphaz, Bildad. and Zophar. As the Lord says to these three in the Epilogue, “My servant Job will pray for you, and I will accept his prayer and not deal with you according to your folly” (42:8).

Sadly, the business of standing between God and humanity and mediating between the two is a dirty job. For essentially it means becoming the enemy of both sides. God will never give up His holiness, and man will not and cannot give up his sin. So there is an impasse. And whoever dares to step into this impasse and negotiate a peace must inevitably become the target of both man and of God, the whipping boy for both sides. This is how it was for Moses and for all the prophets, this is how it was for Job, and this is how it would be for Christ Himself and for His followers. The fact is that God is looking for people just like this, people who by faith are so radically convinced of their own ultimate vindication by the Lord that they become willing to suffer any amount of divine wrath in this world, and along with it the wrath of their fellowmen, for the sake of making peace. God is looking for people who are ready to stand in the gap between sin and holiness, people who, by abandoning themselves to the bearing of the unbearable tension between flesh and spirit, between time and eternity, between necessity and possibility, become living signs of the reconciling of earth and Heaven.

Posted in Stories and Excerpts and tagged Gospel, Job, The Gospel According to Job.