Those of you who have visited my website a few times will know that while I have a blog page, I’ve posted to it only occasionally. That is about to change. From now on I plan to post a new blog once a week. To explain why, I begin with a piece called “Death of a Luddite.” 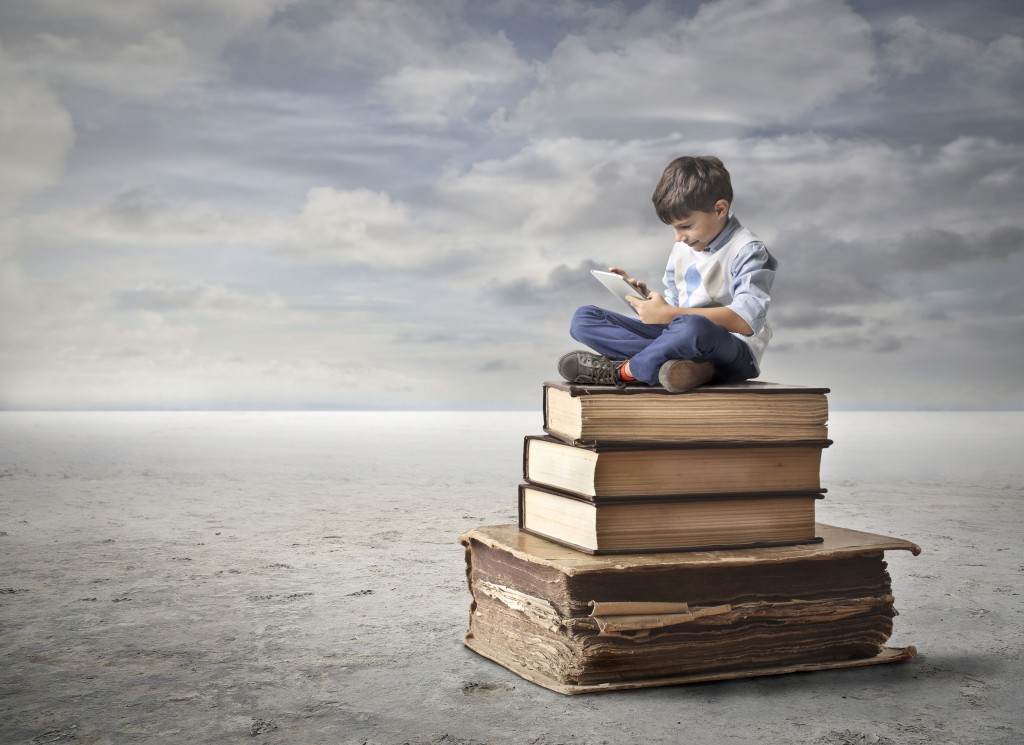 I confess: I’ve been a Luddite. I’ve been a computer-basher—though not (except once) literally—and I’ve scorned those who are wired to the teeth (and I don’t mean people with braces). I was dead certain I would never be a Facebooker or a Twitterer. And as for blogging (which I’m doing right now), why would I waste my time on fast-food journalism when I could serve real literary meals in bound books?

All that has changed. I’m now a convert; I’ve seen the digital light; I’ve had an electronic epiphany.

As with a number of other epiphanies in my life, it was a child who sparked this one. Not that my daughter Heather was trying to change me. She simply offered, as a service to my writing, to open Facebook and Twitter pages in my name and to manage them for me. “Dad, your books are wonderful,” she said, “but they need to be better known. You need to get the word out.” I liked her idea, but the more I thought about it, the more reluctant I was to hand over control of my public image. Besides, I realized that for some time I’d been getting little Facebook-sized ideas, which I’d write in my journal where no one would ever see them. Suddenly it looked easy, natural, maybe even fun—like rolling off a login—to publish my musings online.

Practical, too. The fact is, authors these days are expected to do 80% of their own promotion, and most publishers won’t even look at a writer who doesn’t have a substantial internet fan base. Veteran literary agent Greg Johnson recently reported that multiple publishers had “rejected a proposal every one of them loved because the author didn’t have enough Facebook friends.” He might have been telling my story.

In short, for years now the writing has been on the screen. High time for me to change or die.

But that’s putting it negatively. What really changed my mind, literally, was noticing how my mind began to change the more I interacted with the internet. As I launched into Twitter, for example, I began to get Twitter-sized thoughts. And now as I begin to blog, I’m bursting with blog-sized ideas. Without even realizing it, in fact, I’ve been blog-pregnant for some time. Maybe one day I’ll even get a real book out of this, a collection of little essays that otherwise never would have seen the light. I’ll dedicate it, “To www, with love.”

In a recent interview Douglas Coupland was asked if he thought the internet is changing our brains. “You bet it is,” he replied. “I don’t miss my pre-net brain. I don’t even remember it.”

Well, I remember my pre-net brain, and I do miss it. I remember what it was like not to spend one day a week, and parts of other days, vainly striving to slay the email dragon. But like it or not, I live in the 21st century. And it’s no good trying to hide in a corner reading The Sacrament of the Present Moment while ignoring the fact that at this present moment my email box is crammed and I’m having trouble finding a publisher. No sacrament in that.

The sacrament is in meeting the world where it lives, intersecting with one’s own time. Or to quote the vision statement of the International Arts Movement: “to engage the culture that is and create the world that ought to be.” As we do this authentically, certainly our brains will change, but possibly in dynamic and creative ways. According to Terry Teachout, drama critic for the Wall Street Journal, “Very few times in history do we have the opportunity to shape a new medium for communication. The blogosphere is one of those rare opportunities.”

In the process, we ourselves may be shaped in some very good ways. For example, I’ve been surprised by my new impulse to give away my writing rather than clutch it possessively. You notice I’m not charging for this blog. What’s more, I’m offering a free book on my website. And the new book I just finished will probably appear first as a series of blog posts. Suddenly the old way of writing seems stingy and selfish. It’s the difference between, on the one hand, writing whole, perfect books that by the time they appear in print I no longer care about, and on the other hand heeding Ecclesiastes’ advice to “cast your bread upon the waters, and in many days you will find it again” (11:1). The Preacher’s point is that a daring, seemingly foolish distribution of assets may well yield returns in the future. And perhaps the greatest of these will be an easier, more relaxed approach to life. Who knew that the internet, far from enslaving, might set one free? Liberality is liberating.

Like all Luddites, I’ve harbored the opinion that the internet is fundamentally alienating and depersonalizing. But let’s think about this. Intimate journal entries that I used to keep to myself, I now show to the world. What’s impersonal about that? Writers’ diaries have been published in the past, but usually only after the writer is dead. Now that’s impersonal. Moreover, instead of letting my thoughts simmer for a few years before they appear in a book, I can now publish them instantly, and invite instant comments. No report from an ivory tower, this, but a live conversation. Marshall McLuhan, who predicted the world wide web thirty years before its advent, would have called the internet a cool medium. But it can seem pretty warm and cozy snuggling up to the digital fire.

I’m reminded of my early days as a journalist, banging out copy on a typewriter in a back room of the Valley Leader, sweating beside the big noisy furnace and surrounded by even noisier office machines. Things have come full circle: I’m a journalist again, only the machines all around me are a little more sophisticated. And quieter.

Back in those early days, fresh from the hushed halls of academia, I occasionally lifted my head from the sheet of yellow newsprint, listened to the furnace doing yet again its imitation of a dying bull elephant, and wondered how in tarnation I managed to write under such deplorable circumstances. But write I did. And these days, amid the quiet cacophony of the internet, I wonder the same. But still I’m doing it.

Why? Mainly because my daughter’s generation, along with countless other people, haven’t read my books. But they might read this blog.