Jacob wrestled with an angel. These days we wrestle with computers.

On Saturday morning I was locked in a mighty struggle with my iMac. Or rather, it was the iMac that was locked, and I was striving to unlock it. I had to repair my hard disk, but every time I tried to run the repair program, a big gray padlock appeared on the screen, demanding something called a “firmware password.”

For the life of me I could not recall the password, nor could I find it recorded anywhere. It was like being locked out of my own house. Just then a knock came at the door. 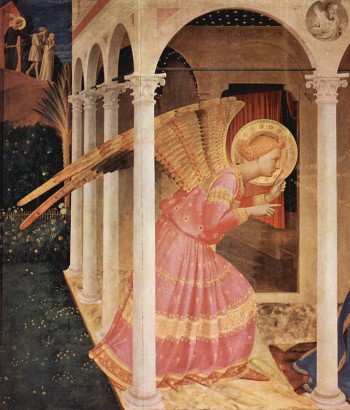 Glad to be released from this technological full nelson, I ran downstairs and opened to a tall dark stranger who began to introduce himself. But I cut him off to ask, jokingly, “Are you the computer repairman?”

He was not. He was Paul, a visitor from New Zealand. It turned out we had met once before, several years ago. I invited him in and was surprised at how quickly we fell into an absorbing conversation. Though I could not recall much from our previous meeting, I assumed he must be a fan of my writing. At a certain point I asked him which one of my books he had enjoyed the most.

“Oh, I haven’t read any of your books,” he replied casually. “But the title of one—The Gospel According to Job—that one really got me. Just the title was so inspiring.”

What?!  Only the title?  I was floored. I myself had often thought that many books—even some good ones—do not require opening; just a glance at their title is enough to convey the entire contents. But no one had ever said this to me about one of my books! My mind flashed back to a remark I’d heard years before. I was chatting with a wise man whose books I had never read, nor ever would read, when he commented with a wry twinkle, “Why read books if you can talk to their authors?”

I know what you’re thinking: that I was deeply offended by Paul’s comment. Not a bit! I felt like laughing out loud—with amusement, surprise, joy. It struck me as such good news. What a weight it took off me! For it meant that I don’t have to write great long books anymore; all I have to do is write titles! Or maybe one good sentence or two. It meant I might finally realize my lifetime ambition of retiring from prose to write profound, pithy poetry. Haiku, maybe, or snappy proverbs. Stuff I could dash off before breakfast, then have the rest of the day to read, meditate, and wander through the woods.

Well, maybe not. The problem with just writing titles is that I don’t know which one of them will inspire the folks down in New Zealand. Or in all the other countries. I’d have to write a lot of titles, and by that point I might as well just string them together and call it a book. So I guess I’ll keep on writing books, having no idea which sentences will pop off the page for various readers.

But here’s the point, the thing that is so freeing about what Paul said: It means it really doesn’t matter what I write. As long as I follow the Spirit as best I can, it makes no difference what I do, because I cannot know the results. For the ways we may be truly serving the Lord are not the ways we think. So the pressure’s off! Paul’s comment releases me simply to “do whatever your hand finds to do, because God is with you” (1 Sam 10:7). Or as Ecclesiastes puts it: 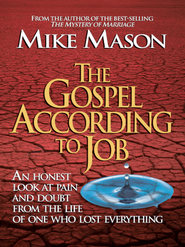 Sow your seed in the morning,
and at evening let not your hands be idle,
for you do not know which will succeed,
whether this or that,
or whether both will do equally well. (11:6)

(Incidentally, that second line is what I’m doing right now, trying to finish this blog post for tomorrow’s mail.)

In short, Paul’s comment blessed me as much as any of the letters I’ve received from people who have read the entire book—and some have read it three or four times. If only they’d known how much time they could have saved!

I’m reminded of a time when my wife and I were facing the momentous decision to move to a new community, largely for the purpose of attending a new church. Many factors were involved, but one of them was the worship leader at the new church. He’d made a couple of CD’s, and as I listened to these, just the sound of his voice lit a fire in me and set me free. It wasn’t the wonderful lyrics of his worship songs, or their beautiful arrangements, or their fresh originality. No, it was just the sound of his voice.

I’m reminded too of how the idea for The Gospel According to Job first came to me. It actually began with the title—just those five words. Like Paul, I found those words so liberating! After that, in the space of a couple of hours, the whole concept for the book came to me in considerable detail. I knew I was receiving a massive download of revelation. I did not know it would take me five years to write that book.

At the end of my visit with Paul we prayed together. As soon as he left, I went straight to the place where my firmware password was written down. With that in hand, my computer problem was solved in a blink.

So, after all, it was the computer repairman at the door that day. An angel in disguise.