What follows is a chapter I originally wrote for my book Practicing the Presence of People, but decided at the last minute to drop. Perhaps I felt, at that point in my life, that it was too personal to publish. But now here it is. 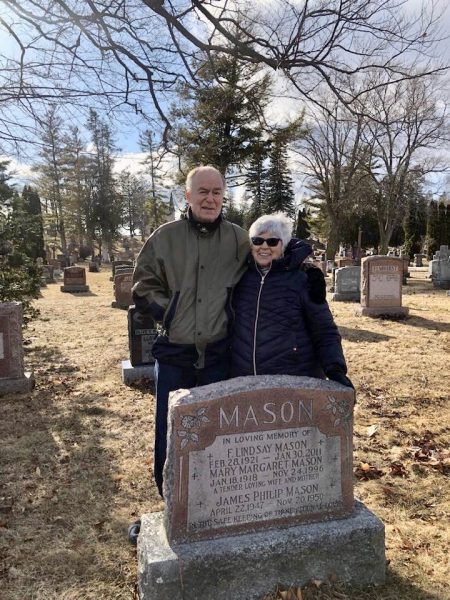 Earlier I described how, despite the veil that separates us, I became friends with Brother Lawrence, who died in 1691. Is it really possible to form friendships with people in heaven that are as close as our friendships on earth?

The first time I experienced this, I was with my sister Pat and we were visiting the grave of my brother Jimmie. Jimmie had died suddenly at the age of three, before I was born, and I don’t think my parents ever really came to terms with this tragedy. Because I never knew Jimmie, and his name was seldom mentioned in our family, to me he hardly seemed real.

Until one day in November when I went to the cemetery with my sister. Pat and I were feeling particularly close that day, and talk and reminiscences flowed easily between us. A gentle snow was falling, and it reminded me of a story my mother liked to tell about Jimmie. Apparently he was looking out the window one day at the falling snow when he said, “Mommy, the snow is good. God sends the snow.”

After a long walk through the cemetery, Pat and I came eventually to Jimmie’s grave. It is a beautiful place overlooking a small lake. For a while we stood there in silence, letting the white moving mystery of snow say everything that needed saying. But at one point some impulse arose in me, and out loud I spoke to Jimmie. I have no recollection of what I said, but I will never forget the feeling those words produced in me. My voice was faltering; speaking aloud to the dead (especially with Pat present) seemed like something which ought not to be done. Still, the words were out of my mouth before I thought to stop them, and immediately I was startled by their power. Suddenly it seemed as if Jimmie really were present with us, in a way I had never felt before. I found I was not speaking to emptiness, nor to a cold grave, but to a living person. 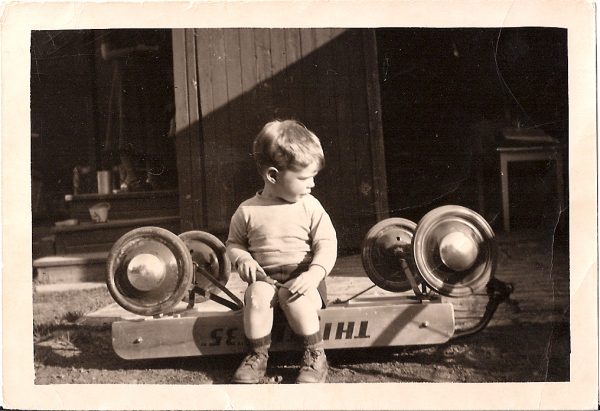 From that day on Jimmie has been a real person in my life. Before this I had occasionally wondered what it might be like to have an older brother. Now I know, because I have one. Of course, it is not the same as if Jimmie were still living on earth and we could have coffee together or talk on the telephone. No, it is not the same at all, but it is still real. In some ways the relationship we have now is more real, in some ways less. If Jimmie had lived to go away to Africa as a missionary, this too would have changed our relationship. Instead of going to Africa, he went to heaven.

But doesn’t the Old Testament warn us sternly not to communicate with the dead? A friend of mine claims (and I believe him) to have met and talked with the apostle Paul many times in visions. Upon first meeting Paul, my friend was so taken aback that he said, “Hold on a minute! Doesn’t the Bible say I’m not supposed to talk to dead people?” Whereupon Paul shot back, “I’m not dead—I’m alive in Christ!”

We’re not talking here about attending séances; we’re talking about walking by faith across the bridge of love into the kingdom of heaven. If we want to make contact with a person on earth, we must pick up the phone, write a card, or drop in for a visit. Isn’t it just so with our friends and family in heaven? They are every bit as real as anyone else; should we not practice their presence too? Will we not take the trouble to stay in touch? The Church calls this the Communion of Saints, a reality enshrined in one of the final phrases of the Apostles’ Creed: “I believe in the communion of saints.”

The writer of Hebrews proclaims that as believers in Christ we “have come to Mount Zion, to the heavenly Jerusalem, the city of the living God, to thousands upon thousands of angels in joyful assembly, to the church of the firstborn, whose names are written in heaven” (12:22). Forming a relationship with my brother Jimmie, who departed this earth over forty years ago, opened a door for me into the heavenly Jerusalem, a city made not of brick and mortar but of “the spirits of righteous people made perfect” (v. 23).

The death of my mother convinced me even more deeply of this reality. For the last ten years of her life my mother was plagued by one illness after another, and the person she really was retreated further and further behind veils of decrepitude. She was no longer able to be the mother, or the woman, she longed to be, and all who loved her were pained by the creeping unreality that engulfed her.

When she died, however, all this ended. Suddenly my mother was transported to heaven—of this I have not the slightest doubt—and all that was mortal was swallowed up in immortality. Overnight there came a transformation in our relationship that, if I had not experienced it for myself, I would not have believed possible. It was as if all the love stored up in my mother’s heart was finally released, so that now I began to feel the richness of the mother-son bond more profoundly than ever. Today I have not a fallen, imperfect mother, but a perfect one. True enough, her absence from this world is a real loss. But what has been gained through that loss is also real and overwhelmingly wonderful. I do not worship at my mother’s shrine, but I do love to think of her, and I do feel her living presence in a way that words cannot express. Even now in my mind’s eye I see her, glowing with youth and beauty in the fields of heaven, and rushing towards me with open arms and a cry of joy. 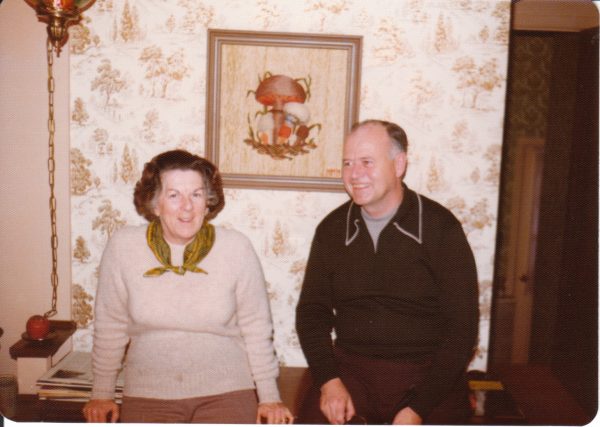 For my father, the loss of his wife of over fifty years was much more difficult. But even he had a sense of the new relationship that has been formed between them. “I only wish,” he said once, “that I could have loved Mary while she was still here the way I do now.” Exactly. He was loving her now as he never could before. In a sense, she had become more real to him, for death unleashes a purity of love that the world cannot contain.

How did my father get in touch with this love that reaches beyond the grave? By grieving well, by performing little acts of tribute, by poring over old photographs, by sitting still in a chair and remembering, dreaming, imagining. Perhaps even by saying some things to his wife, either aloud or in his thoughts, that needed saying. In short, ever since she died, my father began forming a new relationship with his wife, even across the gulf, through the humble practice of her presence.

Posted in Stories and Excerpts and tagged Communion of Saints.