This week, more excerpts from Eugene Peterson’s Introductions in The Message, this time from the New Testament.

From the General Introduction to the New Testament:

“The arrival of Jesus signaled the beginning of a new era. God entered history in a personal way, and made it unmistakably clear that He is on our side, doing everything possible to save us. It was all presented and worked out in the life, death, and resurrection of Jesus. It was, and is, hard to believe—seemingly too good to be true. But one by one, men and women did believe it, believed Jesus was God alive among them and for them. Soon they would realize that He also lived in them. To their great surprise they found themselves living in a world where God called all the shots—had the first word on everything, had the last word on everything. That meant that everything, quite literally every thing, had to be re-centered, re-imagined, re-thought.”

From the Introduction to Mark:

“Mark wastes no time in getting down to business—a single-sentence introduction, and not a digression to be found from beginning to end. An event has taken place that radically changes the way we look at and experience the world, and he can’t wait to tell us about it. There’s an air of breathless excitement in nearly every sentence he writes. The sooner we get the message, the better off we’ll be, for the message is good, incredibly good: God is here, and He’s on our side. Mark doesn’t want us to waste a minute of these precious lives of ours ignorant of this most practical of all matters—that God is passionate to save us.” 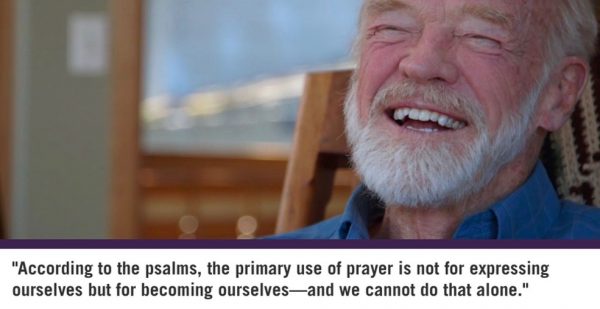 From the Introduction to Romans:

“When this letter arrived in Rome, hardly anyone read it, certainly no one of influence. There was much to read in Rome—imperial decrees, exquisite poetry, finely crafted moral philosophy—and much of it was world-class. Yet in no time this letter left all those other writings in the dust. Paul’s letter to the Romans has had a far larger impact on its readers than the volumes of all those Roman writers put together.”

From the Introduction to 1 Corinthians:

“When people become Christians, they don’t at the same moment become nice. This always comes as something of a surprise. Conversion to Christ and His ways doesn’t automatically furnish a person with impeccable manners and suitable morals.”

From the Introduction to Philippians:

“This is Paul’s happiest letter. And the happiness is infectious. Paul doesn’t tell us how to be happy. He simply and unmistakably is happy. Christ is, among much else, the revelation that God cannot be contained or hoarded, but irrepressibly spills out all over the place. It is this ‘spilling out’ quality that accounts for the happiness of Christians, for joy is life in excess, the overflow of what cannot be contained within any one person.”

From the Introduction to Jude:

“Our spiritual communities are as susceptible to disease as our physical bodies. As much as we need physicians for our bodies, we have even greater need for diagnosticians and healers of the spirit. Jude’s letter to an early community of Christians is just such a diagnosis. It is all the more necessary in that those believers apparently did not know anything was wrong, or at least not as desperately wrong as Jude points out.”

From the Introduction to Revelation

“John of Patmos is preeminently concerned with worship. Our times are not propitious for worship. The times never are. The world is hostile to worship. The Devil hates worship. As the Revelation makes clear, worship must be carried out under conditions decidedly uncongenial to it.”

Next Post:  The Joy of Suffering: This Is Real

Posted in Stories and Excerpts and tagged Eugene Peterson, The Message.