For many years Steve Bell has been in the top rank of Christian singer-songwriters. Now, later in life, he is showing himself also to be a gifted writer of devotional prose. 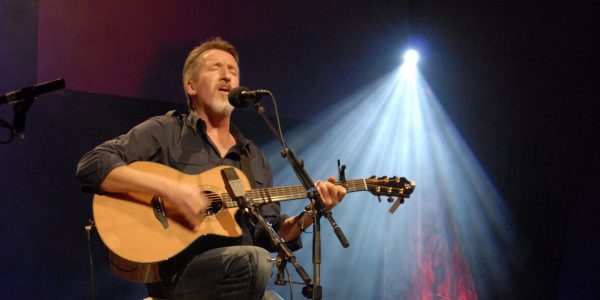 Recently I’ve greatly enjoyed Steve’s set of booklets called the Pilgrim Year Series. Available either individually or as a box set, the seven booklets take the reader through the church calendar year: Advent, Christmas, Epiphany, Lent, Holy Week, Easter, and Ordinary Time. Each booklet presents a series of short meditations on that particular season, in writing that is simple and clear yet rich in images, stories, and profound insights. Steve quotes a good deal from other writers (especially the wonderful poet Malcolm Guite), and among these excerpts are some amazing gems.

To cite just one example, here’s a poem taken from a letter written by Saint Clare of Assisi, whose words I’ve been praying every morning since I first read them. At least, I try to pray them, but often I can’t get past the second or third line without becoming absorbed in joyful contemplation:

Happy indeed is she to whom it is given to share the sacred banquet,
to cling with all her heart to Him
whose beauty all the heavenly hosts admire unceasingly,
whose love inflames our love,
whose contemplation is our refreshment,
whose graciousness is our joy,
whose gentleness fills us to overflowing,
whose remembrance brings a gentle light,
whose fragrance will revive the dead,
whose glorious vision will be the happiness
of all the citizens of the heavenly Jerusalem.

And here now is a sample of Steve’s writing, an anecdote he tells about being on a fishing trip with friends in Nootka Sound, a gorgeous fiord on the east coast of Vancouver Island: We had been sitting for hours on the boat with no catch, but it didn’t matter. The surroundings were subline, and no one on our boat was feeling robbed. Eventually, our guide, who until then had been quiet, suddenly spoke up. He had been listening to our talk and had picked up that we were Christians. He admitted he didn’t know what to make of the ‘religious’ component to our conversation. But then, in a surprisingly eloquent speech, he shared about his own life—how as a child he had fallen through the ice when walking with his brother.

He said the minute he fell through and the shock of cold crushed his chest beyond breathing, he knew he wouldn’t live. In desperation he cried out to God. “I always thought it strange,” he said, “that my brother was right there, but I didn’t call out to him, I called out to God. I didn’t call out to the brother I believed in, but rather to the God I didn’t.” Somehow he survived.

He then told of a life filled with sadness and loss, of addictions and failures enough to fill and sink a boat. But he also talked about his current work as a guide and how profoundly settled his soul felt when he was on the water. Then, he stretched out his arms and gestured to the astonishing beauty we were floating in. He threw back his head and bellowed out to the cosmos, “There has to be great love!” My friends and I were gobsmacked. It was a moment when the veil between heaven and earth split in two, and I saw a glimmer of that celestial city as the deep, abiding calm of Christs’s hard-won peace washed over us.

Next Post:  No Man Is an Island: An Encounter with a Satanist