One day when Fred Rogers was a boy, his grandfather said to him, “You made this day a special day, just by being yourself. Always remember there’s just one person in this whole world like you—and I like you just the way you are.”

This message of unconditional love infused everything Fred Rogers did for the rest of his life. It was the core value of the children’s television show Mister Rogers’ Neighborhood, the longest-running program ever on PBS.

Mister Rogers is enjoying something of a revival these days, due to the huge popularity of two recent movies: A Beautiful Day in the Neighborhood starring Tom Hanks (2019), and Won’t You Be My Neighbor (2018), the highest-grossing documentary film ever made.

Could this be because Mister Rogers’ central message is exactly the one we need to hear right now? 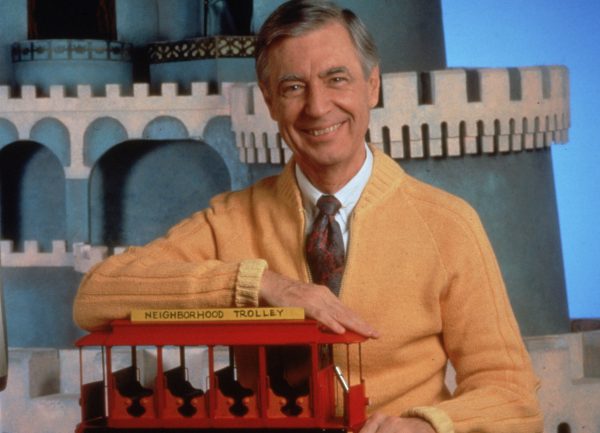 Fred Rogers once said that the most important thing in the world to him was “how children feel about themselves.” I’d like to suggest that this was also the most important thing to Fred Rogers’ greatest hero: Jesus. This is why Jesus came: so that we could feel good about ourselves. He came to take away our sin, “as far as the east is from the west” (Ps. 103:12), so that instead of being burdened by sin and guilt, we could be set free to receive God’s love for ourselves and then give it away. Simply put, if we feel good about ourselves (not shallowly, but in the depth of our being), we’ll be good to others. As Fred Rogers put it, “I hope you will feel good enough about yourselves that you will want to minister to others.”

This, it seems to me, is the gospel. This is the mind of God toward us: that we be set free to love and be loved. Mister Rogers was an ordained Presbyterian minister who spent his life preaching the heart of the gospel without ever mentioning God or Christ.

What Fred Rogers’ grandfather said to him is exactly what God would say to us: There’s no one else like you and I love you just the way you are. It’s not that we don’t need to change and grow, but the way to initiate change is to accept ourselves just as we are. To get somewhere else, you must start where you are. There’s no other way. Guilt and insecurity are bad motivators; only acceptance, paradoxically, produces growth.

Fred Rogers said, “When we love a person, we accept him or her exactly as is: the lovely with the unlovely, the strong along with the fearful, the true mixed in with the facade, and of course, the only way we can do it is by accepting ourselves that way.”

What Fred Rogers was trying to create with his television program, he said, was “an atmosphere that allows people to be comfortable enough to be who they are. I really don’t want to superimpose anything on anybody. If people are comfortable in that atmosphere, they can grow from there, in their own way.” That is, if you can provide an environment that allows people simply to be, what might they then become?

Listen to the words of one of Mister Rogers’ most famous little songs, “It’s You I Like”:

Now try reading these words again, and hear them as if God Himself is saying them to you. Then, if you want to be really radical, try speaking these words back to God:

This is love. This is what it’s all about.

Finally, a small point, because Mister Rogers believed in the importance of little things. Like apostrophes, for instance. In English the way to form the possessive of a proper name ending in ’s’ is by adding an apostrophe plus a second ’s’ (a rule enshrined in Strunk and White’s Elements of Style). For example, we write Burns’s, not Burns’, and Jones’s, not Jones’. There are, however, two exceptions to this rule. One is the name of Jesus, for which the proper possessive form is Jesus’. The other exception is Mister Rogers, as in Mister Rogers’ Neighborhood.

I rest my case.