The Gospel According To Job is a book that grew out of a time of deep depression in my life. It took five years to write, and it came as a great surprise when at the end of that time I was more depressed than ever!

Finishing the book actually precipitated a darker phase of depression, because now I could no longer write about what I was experiencing. I was all written out. I’d come to the end of all my fine thoughts on how to deal with suffering as a Christian, and now I had no more answers, theories, or hope. 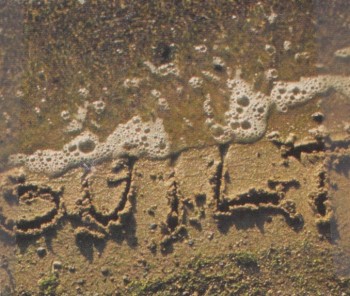 The book had been a tremendous help in getting me through those years, because I wrote down every gleam of light the Lord gave me. I wrote everything once on scraps of paper, and then again on my computer as I composed the chapters. Then I edited the book once, twice, three times—going over and over the same material. This writing and re-writing was what kept me from being completely overwhelmed by despair. Although the book did not ultimately lift me from depression, I believe it does have vital power to sustain any person in the midst of suffering. And this has been confirmed time and again through the many responses I’ve received from readers.

In the end, however, I found that only the Lord Himself could rescue me. As David put it in Psalm 23, we must walk, not run, through the valley of the shadow, and how long we keep on walking is up to God. For five years I travelled this valley, and the going got rougher and rougher. Upon finishing the book, I could walk no further, and I collapsed.

This, the darkest time of all, was the summer of 1991. But this was also the time when finally the Lord, just as He did for Job, directly intervened to deliver me. I can actually point to the day when my depression turned around. Ironically, I had just made an appointment with my doctor to discuss taking antidepressants. This treatment can be very helpful for many people, but with my previous history of drug and alcohol abuse, I’d been loath to consider medication. Now, however, I felt beaten.

The day before my appointment was a Sunday, and that morning in church the pastor gave a prophetic word. After describing his mental picture of a giant wave just about to crest, he said that someone in the congregation had been going through a dark time, but the trial was like that wave: poised to crest, collapse, and come rolling gently into shore. From this time forth, he predicted, this person’s troubles would turn around.

I knew this word was for me. In my spirit I felt clearly that my depression had reached its worst and from now on would get better. This impression was so strong that I knew it was from God. I believed the prophecy, and it indeed turned out to be true. The next morning I cancelled my doctor’s appointment and I’ve never looked back.

I wasn’t cured all at once. It was a long process with many steps, including counselling, moving to a new community, and meeting a wonderful friend who loved and believed in me. (The Gospel According to Job is dedicated to him.) By the time 1991 was drawing to a close I knew I was out of the woods. As the Lord spoke clearly to Job at the end of that book, He spoke to me at the end of mine. His voice lifted me out of the mire.

Many years have passed since then, and with the 20-20 vision of hindsight I can now identify clear causes at the root of my depression. I had a lot of anger, much of it suppressed, but often enough vented on my family. I was a controller who liked getting his own way, and I felt I was failing as a new father. I was too selfish to be a good friend to anyone or to be a healthy member of my church or community. In short, I didn’t have anything like the seasoned, righteous character of Job.

Nevertheless—and here is the great mystery—I was a righteous man. I was a righteous believer in Jesus Christ and remained so throughout my depression. I was perfectly loved and accepted by God through the blood of His Son. While the Lord certainly used my depression for my sanctification, and while I can now see some ‘reasons’ behind my ordeal, at the time I wasn’t mature enough to comprehend these reasons.

But listen: Being immature is no cause for blame in a child of God. For there is no way for a child to grow up suddenly. Indeed we are all just kids in God’s eyes, and He loves the little ones as much as the big ones. Falling down, making mistakes, getting into messes—this is all part of the Christian life. In the words of my own favorite line from my book, “Mercy is the permission to be human.”

How hard it is to believe this in time of suffering! Depression is a galling, messy, shameful experience. Though I tried blaming everyone, including God, for my problems, I blamed myself most of all. Every day I beat myself up for not being a better father or a better friend, for not trusting more in God, and for not being able to resolve my struggles. Meanwhile the Lord was inspiring me to write a book in which the primary message is this:

Don’t condemn yourself! Don’t wallow in blame for all your problems. “There is now no condemnation for those who are in Christ Jesus” (Romans 8:1).

If only all Christians could fully embrace this message! For self-condemnation is an utterly useless weapon against suffering. Naturally it is important to accept blame for our sin and to repent. But the clear, tender, gracious repentance that comes from the Holy Spirit (see Job 42:4-6) is very different from the oppressive punishment we chronically heap upon ourselves. We seem to find it much easier to believe, in the pit of our hearts, that we deserve to be sick, to suffer, and to die, than to believe in the deeper truth of God’s loving grace, forgiveness, and deliverance.

Job put all his trust in the Lord and would have nothing to do with self-condemnation, nor with the judgment of his so-called friends. Trust in his righteous stance before God—his utter acceptance by his Creator—this was the great mainspring of Job’s faith. If I had to go through my Job period all over again, this is the one thing I would change: I wouldn’t blame myself, or God, or anyone else. I wouldn’t play the blame game. I’d let the cross of Christ absorb and absolve all guilt.

Posted in Blog and tagged Blame, Guilt, Job, The Gospel According to Job.