Nobody was very surprised when the Baby Party came to power. For decades the Babies had been steadily gaining inroads until finally, thanks to a series of scandals that rocked the Children’s Party (not to mention the absence of public trust in any politician over the age of five), the day arrived when the Babies easily swept the polls. 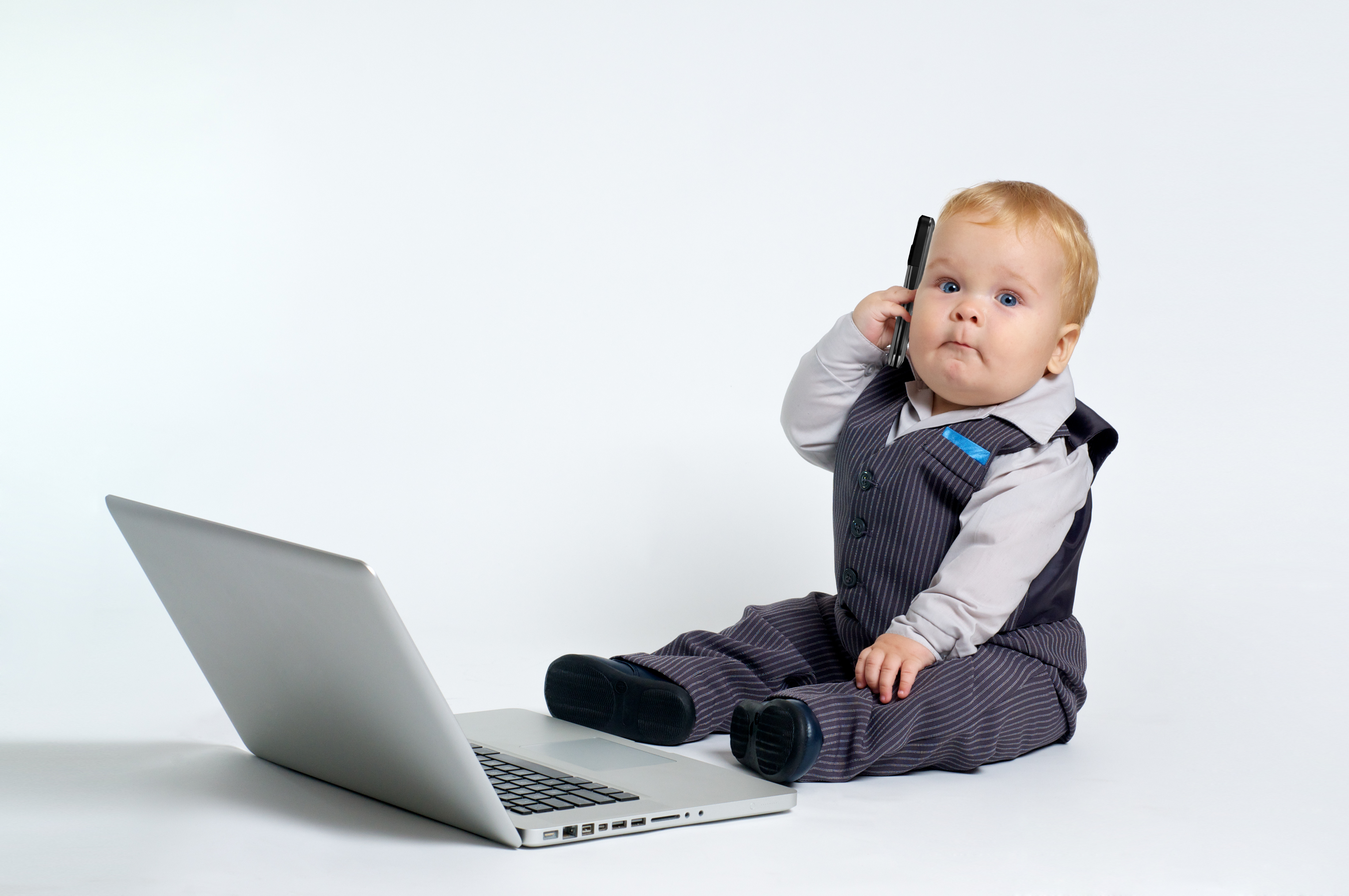 There was a time in history, of course, when it would have been unthinkable for mere babies to hold office, chair committees, judge courts, or command the military. But scientific and sociological advances had changed all that. Perhaps the key development was the launch of CyberBabe, a software suite that allowed infants to perch at computers and, simply by shaking a rattle or manipulating a soother, do everything from planning their own crib environments to composing operas. Even adults took to using soothers instead of the old-fashioned keyboard-and-mouse, as oral flexibility provided a much wider range of effects. It became increasingly common for people of all ages to be immersed for hours in jumbo wraparound monitors, contentedly gurgling, munching, drooling, and spitting.

Another major advance in the Babies’ march to power was the increasing accpetance of Gobbledegook as an official language for the transaction of government business. On the heels of this came the campaign of the Animal Rights Movement to secure the vote for certain of the higher mammals. Once pigs and goats had gained a public voice, who could deny the same privileges to babies? From school board offices to corporate boardrooms, the furnishing of high chairs, jolly-jumpers, and strollers became the order of the day. More and more public business was conducted in bathtubs, playpens, or flat on the floor.

Nevertheless, for the new Baby Government one big question remained: Just because these little tykes were accustomed to high chairs, did that mean they were competent to sit in the highest seats of the land, forming policy and enacting laws? Many adults were skeptical, especially when one of the first acts of the infant regime was to fulfill its election promise of granting full legal rights to the Unborn. This issue sparked a long and grueling public debate, but in the end what could stop the Unborn, like women and blacks in the previous century, from gaining the suffrage? As fetal inclinations had long been recorded by ultrasound, it was but a small step to register their votes, and in no time the Unborn Party had representation both in the cabinet and the Supreme Court.

The legal ramifications of this advance were, to say the least, complex. For one, there was the awkward situation of undistinguished pregnant women being party to secret, high-level deliberations. An obvious way around this difficulty, argued the Unborn, was to subject their mothers to sensory deprivation. Indeed some fetuses even clamored for the right to abort their natural mothers and to choose a different womb environment, or even to opt for laboratory gestation. In the latter case, the argument ran that a clinical setting might provide a more humane environment than many a modern womb.

Naturally all this fuss raised an outcry among the expectant mothers: What about their rights, and so on? It was preposterous enough for ordinary housewives to be pressed into transporting noted dignitaries in their wombs like rajahs in sedan chairs. But now the very sedan chairs were facing termination. The Unborn, it was clear, were fully prepared to stand up for their rights—and who could deny them in an age when individual rights so plainly took precedence over family and community?

Throughout these controversies, one factor that helped the Baby Party stay afloat was the high turnover of its membership. In a society rife with corruption, the Babies boasted new faces in their leadership every six or nine months, and with such brief tenures it was hard to pin anything on them (except, of course, diapers).

In the long run, however, scandal infected the ranks even of these chubby cherubs. For naturally there were those who tried to cling to power even after they were out of diapers. Birth records were falsified, and drugs became available for the retarding of development. Eventually it became impossible to discern any difference between a seasoned politician and one fresh from the nursery, thus weakening the Babies’ credibility.

In the end the Baby Government was brought down by the Pro-Wife Party, which lobbied for the permanent closing of all wombs. Once the official ban on procreation took effect, the very state of infancy rapidly became defunct. Who would have thought that a platform advocating the effective termination of the human race could ever gain such popularity? But it was an era when special interest groups ruled the day, and when no voice could be denied its right to form a government. Indeed the time was coming when there would be no government at all, but every citizen would simply do whatever seemed right in his, her, their, or its own eyes.

In those days Israel had no king; everyone did as they saw fit. (Judges 21:25)

Next Post:  At Night My Heart Instructs Me: Reflections on Insomnia