When you read a great book, you can’t wait to share it with everyone. Such a book is “The Unmistakable Hand of God” by Roy Comrie. Roy is one of the great missionaries, and missionary encouragers, of our time.

When I first met Roy over thirty years ago, he told me his story of being one of very few people ever to survive the bite of Africa’s deadliest snake, the black mamba. How wonderful to encounter that tale again in his new memoir, along with scores of other thrilling stories that give glory to our amazing God. Here’s just a taste, from a chapter called “The Prey Overcomes the Predator”:

It was a Saturday afternoon, and my friend Finoti and I were down at the wild Kabompo River for some fellowship and fishing. A massive crocodile scuttled noisily into the river as we arrived. We had not had time to dig for worms, so we both attached the big red Zambezi aristocrat lure and cast as far as we could, rewinding slowly. 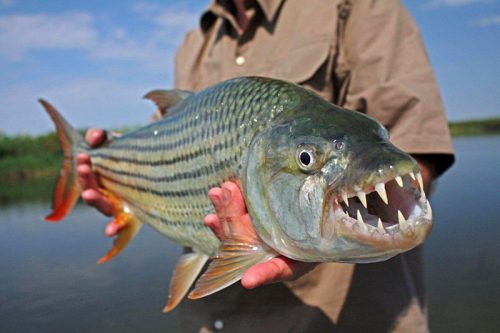 Finoti had the first strike. It was a tiger fish, reputed to be one of the greatest fighting river fish in the world. Before he had managed to bring his catch to the river bank, I had a strike. When we laid the two fish side by side, they were exactly the same size, probably from the same hatching. On our old scales, they weighed out at about fifteen pounds each, around seven kilograms. This was an excellent beginning.

Before we could cast again, we saw it. Nothing could have interrupted our fishing except a giant African fish eagle. This legendary bird, with its haunting call and exemplary track record, caused us to lay down our rods. It was circling right over our stretch of the river. The speed and angle of its entrance into the water had us both entranced. If only I’d had a video. With its claws outstretched, it hit the water, and its talons went into the back of a massive tiger fish. We had both seen smaller fish extracted by this eagle, but this was extreme optimism, or was it greed?

What followed was riveting for us both. The closeness of it all made the sights and sounds all the more graphic and gripping. The eagle could not make an immediate getaway. Its massive wings beat the water, and slowly it rose with its prized tiger fish. As soon as it was clear of the water, the fish began its violent flapping, which caused the eagle to lose its balance, and from two meters above the water it fell back into the river, still clutching its prey. The fish swam downward, pulling the eagle with it. Both Finoti and I were trying to give the eagle advice, “Let it go, let it go.” Whether it wouldn’t or couldn’t, we did not know, but that was no ordinary eagle. It drove its wings, now wet, and once again lifted the fish clear of the water. But the violent flapping resumed once again, taking the eagle off balance. This time, the tiger fish hit the water, swimming, and it took the eagle deep down to its drowning. Both of us had a sense of sadness and loss to see such a majestic bird suffer such an undignified death. It floated to the surface and then drifted toward the bend of the river. We saw it suddenly being dragged under, probably by a crocodile, no doubt grateful for a free and sumptuous meal.

Finoti was the first to speak. “That eagle,” he said, “is just like us. Like him, we were meant to reign and soar and have dominion, but like him, we get greedy. Instead of letting go and living to soar again, he held on to his poor choice, and it cost him everything.”

I have told this as a children’s story on all five continents around our world. I always begin by asking the children whether there are any tigers in Africa? Hands go up and the kids are right into the Kabompo River tale. Scores have understood the application and have learned to let go of the things that entice but also destroy. I’ve sometimes thought that the adults were paying just as much attention as the children.

~from The Unmistakable Hand of God  by Roy Comrie, available in paperback and e-book. 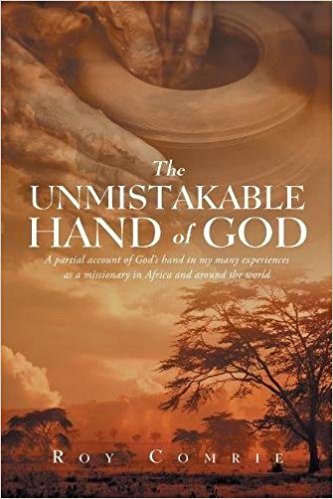