Lewis Carroll, author of Alice’s Adventures in Wonderland, was a chronic insomniac who often felt the urge to write at night. Living as he did before electric lights were common, he invented what he called a nyctograph, or night-writer, along with a notation system of nyctography for writing without the aid of a light. 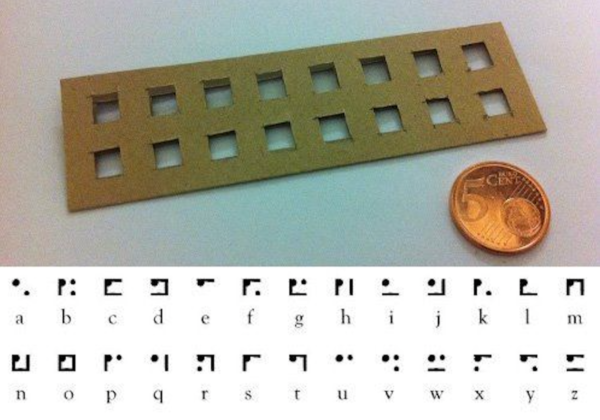 In a letter to The Lady magazine of October 1891, Carroll reported: “Any one who has tried, as I have often done, the process of getting out of bed at two a.m. in a winter night, lighting a candle, and recording some happy thought which would probably be otherwise forgotten, will agree with me it entails much discomfort. All I have now to do, if I wake and think of something I wish to record, is to draw from under the pillow a small memorandum book containing my Nyctograph, write a few lines, or even a few pages, without even putting the hands outside the bed-clothes, replace the book, and go to sleep again.”

Another writer who commonly wrote at night was the blind poet John Milton. An early biography of Milton contains many details so striking as to have the aura of utter verisimilitude. One such passage records how he went about composing the ten thousand lines of Paradise Lost. He often worked on his epic in the dead of night or in the early hours of the morning, composing the verses in his head and then memorizing them until a scribe (a friend or family member) came to record them. He normally awakened early, and if the assistant arrived later than usual Milton would “complain that he wanted to be milked.” Once the words were on paper, they were read aloud so that the author could edit them.

Milton placed a description of this process in Book IX of Paradise Lost, writing that his “heavenly patroness, unbidden, condescends to visit me nightly, and dictates as I sleep or inspires with ease my unpremeditated verse—as she indeed has done since first I chose this epic subject” (prose paraphrase of lines 21-6).

I myself experience this phenomenon quite commonly. Though not blind, I may as well be at night, and often I wake up with an idea for the book I’m currently working on. In my younger days I used to get up to make notes with a lighted pen, but now I usually just concoct a mnemonic and go back to sleep. To remember an abstract thought, the best sort of mnemonic is a picture. For example, if I happen to have an idea about the Ten Commandments, I may associate it with a mental image of Moses, or of my ten fingers.

Before I learned this trick, a thought that came to me in the night was usually lost by morning. But a picture, oddly enough, always sticks, and from the picture I’m able to retrieve the thought. And if, as often happens, the thought comes to me expressed in certain turns of phrase that I wish to preserve, it helps to devise a series of linked images, like a cartoon strip. While this sounds complicated, it really isn’t; it can be done spontaneously in a few moments of semi-wakefulness.

A more elaborate version of this experience tends to happen not in the middle of the night but towards morning when my sleep is lighter. Before fully waking up, I’ll become half-aware that my mind, all on its own, is at work on a piece of writing, actually composing lines, even editing as I go, rejecting some phrases and substituting others. After all, we dream in moving pictures, often without words: why not in words alone? Upon fully awakening, the first thing I want to do is to write down this new composition. Maybe it’s a difficult passage that wouldn’t come out right the day before, or maybe it’s something brand new. In either case, as I record the lines that were composed in my semi-sleep, often other thoughts flow from these, and first thing in the morning I may find myself writing for an hour. I don’t much like doing this; I prefer to get on with my morning routine, and to keep work in its place. But if I’m bursting with some brainwave, I just have to get this fresh matutinal composition onto paper. Like Milton, I have to be milked.

People ask me how long I work each day—an impossible question, since any writer worth his salt is basically always working: if not actually writing, then researching, reading, dreaming, thinking, planning—so that even social times or recreation may turn into writing times. Many of my best ideas come in the midst of prayer (and why not?), so I have to put prayer on pause—or, I suppose, continue it in a different way—and get those ideas down. As the monks say, Labore est orare: To work is to pray.