As we approach December, you might wish to know about a new publication by Christianity Today magazine: A Light Has Dawned: Meditations on Advent and Christmas. This is an anthology of the best Advent/Christmas articles that the magazine has published over the past 50 years.

I’m honored to be included in this book, with my quirky little piece called “Yabba-ka-doodles” (also published in my own book Twenty-One Candles: Stories for Christmas). While it’s a little early for the Christmas theme, I wanted you to be aware this excellent new collection, which is arranged as a series of readings for every day from Dec 1 through Jan 6 (Epiphany).

So here, without further ado, is my story “Yabba-ka-doodles.”

While studying theology at Regent College, I knew an Old Testament professor, Dr. Bruce Waltke, who had worked on the translation committee for the New International Version of the Bible. In his lectures Dr. Waltke loved to linger over the subtleties of ancient Hebrew, expounding vastly different interpretations of a single word or phrase, and building a strong case for his own favored translation. But he also pointed out that translation is not salvation. As he was fond of saying, “I’ve known people who were saved through a verse of scripture that I know is mistranslated.” 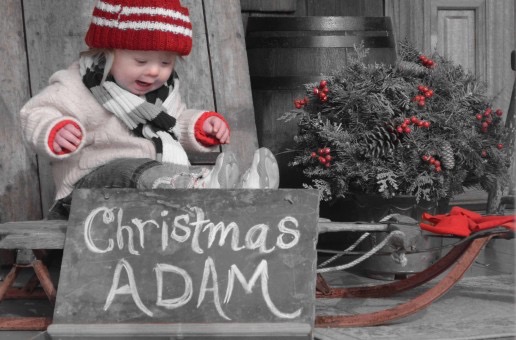 I thought of this on Christmas Adam in 1999. In our family we traditionally refer to the day before Christmas Eve as Christmas Adam. Similarly, Boxing day is Christmas Cain (or sometimes Christmas Candy Cane), and the day after is Christmas Abel, and so on. For years we have celebrated Christmas Adam with a story party, a gathering of friends and neighbors who are invited to bring a story or a poem to read aloud. I usually write a new story, and someone else brings a guitar, and everyone donates a plate of goodies, and we read and sing and chew and chat the evening away, and no finer entertainment can be found anywhere.

In 1999, two months before Christmas, I had begun a ninety-day experiment in joy. I made up my mind to be joyful for the next ninety days, and the results were eventually published in a book called Champagne for the Soul. Since this was an “experiment,” there was room for failure. If at times I felt gloomy, short-tempered, or just plain blah, I wouldn’t beat myself up for it. Rather, recognizing that self-condemnation is a chief enemy of joy, I would simply return as best I could to my quiet resolve to rise above all circumstances and to do whatever it took to lay hold of joy. In this way I hoped to learn some of joy’s secrets and to emerge a more joyful person. I pictured joy as being like a flabby muscle that, if exercised every day, would gradually grow stronger.

The first month of my experiment was amazing. A moody person by nature, never in my life had I experienced such a steady flow of pure happiness. By the second month, however, difficulties set in. As Christmas approached, it would be fair to say that my days were more characterized by struggle than by joy. Still, every day in surprising ways a measure of joy kept coming to me. I was learning not to focus on the darkness, but to be always on the lookout for light.

Christmas tends to be a hard time for me, as it is for many. As the angels gather to announce their glad tidings, there is a parallel gathering of the demons of materialism, busyness, unrealistic expectations, old sadnesses, family strife. In order to be touched by the true joy of Christmas, it seems we must first encounter our own joylessness and our clumsiness at celebration.

By December 23, Christmas Adam, I was wound up tighter than a drum. I’d hardly slept the night before and I woke up feeling embroiled in problems. I’m not normally a party person, and the thought of having to get into the holiday spirit with a roomful of people that evening was overwhelming. Worst of all, here I was in the middle of this wretched experiment in joy! The happy honeymoon was over and I’d begun to think of joy as a hard taskmistress. And of Christmas as her nasty elder sister.

Fortunately, there was one thing on Christmas Adam I looked forward to: breakfast with Chris Walton. Chris is that rarest of people in my life, someone who always blesses me. No matter what he’s going through, what mood he’s in, or what we do together, somehow I always leave his company feeling brushed by heavenly light. As we aren’t able to see each other often, our times together are all the more precious. 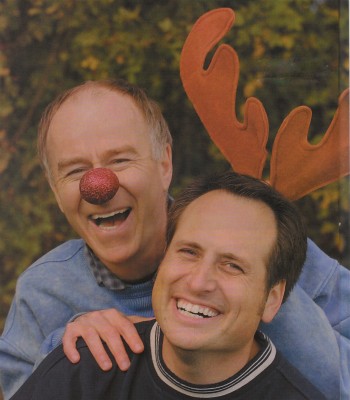 So, nursing the kind of hangover that comes from imbibing too much gloom, I set off for Ricky’s All Day Grill to meet Chris for bacon and eggs. In my friend’s presence I gradually relaxed as we talked of favorite books and music, Christmas plans, our families, and Jesus. I particularly recall our discussing a new book called The Bible Jesus Read, and speculating on what it might be like to read the Old Testament through Jewish eyes.

The more we talked, the more I sensed a quiet joy tugging at my sleeve like a little child. By the time we rose to leave, though I cannot say I felt entirely happy, a change was stealing over me, a warming. Still, it was the sort of thing that might easily have been snatched away by the next small annoyance, were it not for the strange event that transpired in the parking lot of Ricky’s that day.

We were standing beside our cars, Chris by his door and I by mine, saying our goodbyes. Traffic was rushing by on Fraser Highway, making it somewhat difficult to hear. But as Chris raised his hand in a wave and beamed a last, broad smile, I distinctly heard him call out, “Yabba-ka-doodles!”

Yabba-what? What did he mean? What language was this? As we’d just been talking of Jewish matters, I wondered if Chris might be delivering some traditional Yiddish holiday greeting. I felt like Mary who, when hailed by the angel Gabriel, “wondered what kind of greeting this might be.”

“What did you say?” I called back.

This time Chris threw back his head, beamed as brightly as if he were seeing an angel himself, and belted out, “YABBA-KA-DOODLES!”

Chris is not much given to spontaneous ecstatic utterances. Maybe he was just goofing off? More puzzled than ever, I left my car and walked around to where he stood.

“Then what did you say?”

“I’m glad we could do this?” I echoed blankly.

For a moment we stared at one another, listening to the sound of this inane sentence against the backdrop of the rapturous, ululant syllables of yabba-ka-doodles.

And then we burst into laughter—wild, hilarious, thigh-slapping gales of it there in the parking lot of Ricky’s. It was so preposterous a mistake, so rich and gloriously unlikely. It filled us with that unlikeliest of qualities in this darkly unsettling world—JOY!—rich and glorious joy, as preposterously surprising as if Santa Claus himself—or his Yiddish uncle—had come thundering down out of the sky in his sleigh.

All the way home in the car I kept muttering, caressing, shouting that silly word—“Yabba-ka-doodles … Yabba-ka-doodles”—giggling and guffawing like a schoolboy. Talk about joy! More than happy, I felt drunk with joy for the rest of that day. And when Chris and I saw each other next, on Christmas Eve, we nearly jumped into each other’s arms yelling, “Yabba-ka-doodles, brother!”

Who would have believed that so much joy could be contained in one crazy, purely imagined word? Later I wondered: Were my ears playing tricks, or was it possible that Chris, without realizing it, really did say Yabba-ka-doodles? Was he unknowingly used as a messenger of God to me, delivering the joyous news of Christmas in an angelic tongue?

Dr. Waltke, I think, would be amused. On Christmas Adam, 1999, I was transported to joy through a word I had mistranslated, a word that has now entered my vocabulary as a traditional Christmas greeting. Tiny Tim says, “God bless us, every one.” But I declare to each and every one of you: 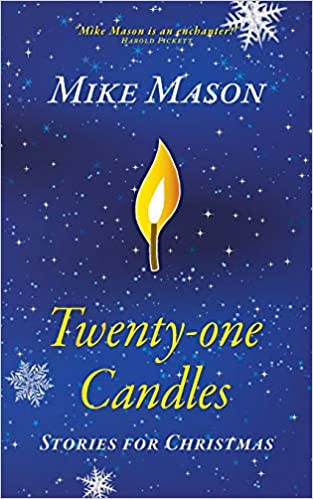