In a preface to a book of his poems, Abraham Joshua Heschel wrote, “I did not ask for success; I asked for wonder. And You gave it to me.” A Jewish rabbi, his wise and prophetic words often speak also to Christians. Here’s just a sample of his writing from a wonderful anthology entitled I Asked for Wonder :

Emblazoned over the gates of the world in which we live is the escutcheon of the demons. The mark of Cain in the face of man has come to overshadow the likeness of God. There has never been so much guilt and distress, agony, and terror. At no time has the earth been so soaked with blood. Fellowmen turned out to be evil ghosts, monstrous and weird. Ashamed and dismayed, we ask: Who is responsible? 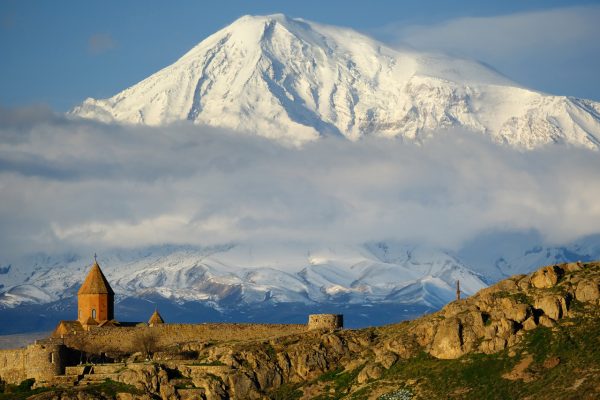 History is a pyramid of efforts and errors; yet at times it is the Holy Mountain on which God holds judgment over the nations. Few are privileged to discern God’s judgment in history. But all may be guided by the words of the Baal Shem Tov: “If a man has beheld evil, he may know that it was shown to him in order that he learn his own guilt and repent; for what is shown to him is also within him.”

Let modern dictatorship not serve as an alibi for our conscience. We have failed to fight for right, for justice, for goodness; as a result we must fight against wrong, against injustice, against evil. We have failed to offer sacrifices on the altar of peace; thus we offered sacrifices on the altar of war. Good and evil, that were once as real as day and night, have become a blurred mist. The vision of the sacred has all but died in the soul of man. Let us forever remember that the sense for the sacred is as vital to us as the light of the sun. There can be no nature without spirit, no world without scripture, no brotherhood without a father, no humanity without attachment to God.

God will return to us when we shall be willing to let Him in—into our banks and factories, into our government and clubs, into our courts and investigating committees, into our homes and theaters. For God is everywhere or nowhere, the Father of all men or no man, concerned about everything or nothing. Only in His presence shall we learn that the glory of man is not in his will to power, but in his power of compassion. Humanity reflects either the image of His presence or that of a beast.

The world is not a vacuum. Either we make it an altar for God or it is invaded by demons. There can be no neutrality. Either we are ministers of the sacred or slaves of evil. Let the blasphemy of our time not become an eternal scandal. Let future generations not loathe us for having failed to preserve what prophets and saints, martyrs and scholars have created in thousands of years.

The mountain of history looms over our heads again. Shall we renew the covenant with God?

Posted in Stories and Excerpts and tagged Abraham Joshua Heschel.