A man lived all alone in a beautiful castle. His fortress had sturdy walls of stone, many towers with fine turrets, a moat and drawbridge, and a parapet with a long walkway. 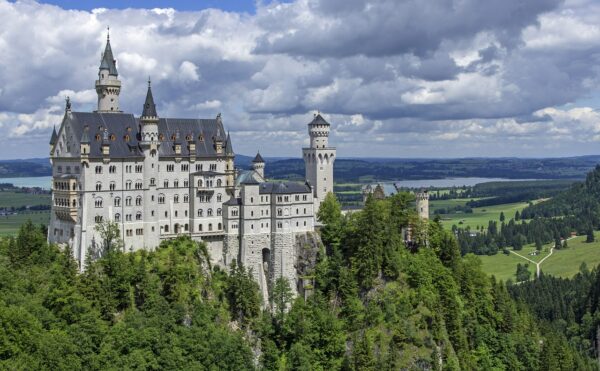 There the man could take his morning constitutionals, or stand of an evening at any number of vantage points to enjoy a sunset or the pleasant views of streams and forests and distant hills. While the castle itself had no real windows, it was perforated with arrowslits from which the man could, if necessary, fire volleys at his enemies, of which he had many.

Inside, the castle was appointed with luxurious furnishings, rich carpets and tapestries, oil paintings and sculptures, silver and china and candleabra. In short, the castle had everything a gentleman could desire.

Inherited from his father, who in turn had inherited it from his father, and so on back through many generations, the castle was very old—so old that it required continual renovations. Every year, it seemed, large areas of stonework crumbled away and had to be replaced. Cracks continually appeared in the walls and ceilings of the numerous rooms, and in seasons of heavy rain there was considerable water damage. In one such season, the drawbridge rusted shut and had to be rebuilt, and in another the very foundations were undermined and the stone walls began to sink. When the rain continued, the waters of the moat rose and flooded the entire courtyard.

Whenever extensive work on the castle was required, it was the man’s custom to vacate the premises and move into a little shed at the end of the garden. Here the accomodation was rudimentary—a small stove, a lantern, one wooden chair, a pallet bed—and in countless ways the man felt the pinch of inconvenience. But at least here he could be warm and dry and unhassled by the noise and commotion of continual reconstruction. 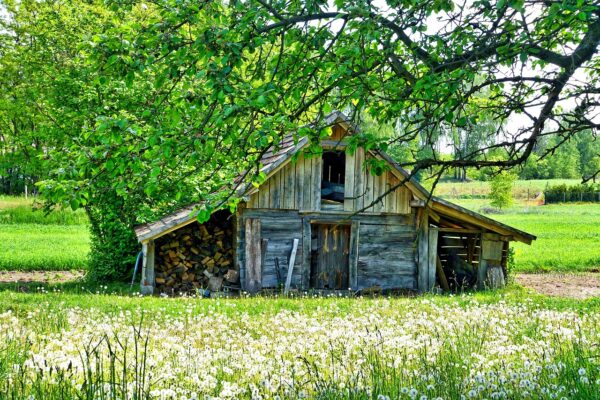 As time went on and the castle fell increasingly into disrepair, the man’s enforced sojourns in the garden shed became longer and longer, until finally he said to himself, “I’m not sure that wretched castle is worth all the trouble to keep it up.”

As it happened, hardly had he had this thought when the ground began to shake and he heard a tremendous, prolonged crash. An earthquake! And looking outside, he saw that his castle had been reduced to a pile of rubble, as the smoke of its devastation billowed high into the sky.

“Dear God!” he cried. “Now I shall have to rebuild my castle entirely from the ground up!”

But strangely, he felt no real force in these words. The great surprise was that this calamity came to him as no real surprise. For the feeling had been growing that his days in the castle might be numbered, and that the time might well come when he would be compelled to move permanently into his garden shed. And again surprisingly, he was not really troubled by this prospect. For he had long been noticing that his times in the shed were happier and more peaceful than those in the castle. Naturally, in the castle he had enjoyed many more luxuries, and these were not easy to relinquish. But when it came right down to it, he had to admit that the garden shed had its own amenities, which even surpassed those of the castle.

Here in the shed, for example, he could look out the window and see flowers in the garden. He could lie in bed and hear the soothing sound of rain on the roof. Even his little stove, though nothing like the great castle hearths, somehow produced a gentler, friendlier flame. And there was something about having only one room to inhabit, rather than so many that one could end up roaming from one to another, never feeling quite settled anywhere.

Just as the man was having these thoughts, the sun came out and shone a beam through his one window onto the plank floor. For a long while the man rested his eyes upon it, transfixed by the simple beauty of sunlight on wood. Indeed it was more beautiful and satisfying, he thought, than all the gold and silver and other precious things in his former castle.

He would enjoy staying here, he realized. He was home.

You have died, and your life is hidden with Christ in God (Col 3:3).

Next Post:  In the Stillness of the Night: A Christmas Story

Posted in Stories and Excerpts and tagged Castle, Parables, Shed.