My childhood friend, Dave Raymond, died at 67, having spent his last decade struggling with a rare neurological disorder called Primary Progressive Aphasia (PPA), which gradually destroys a person’s ability to understand language. When Dave finally lost all ability to communicate either with spoken or written words, he became a prisoner in his own body. 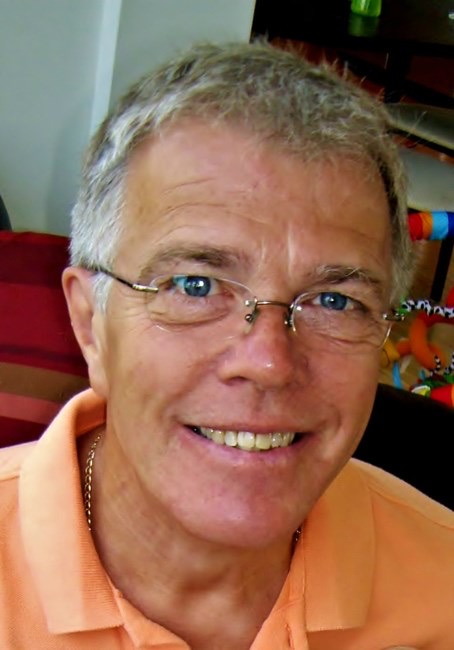 Nevertheless, in his final years Dave communicated very well in the one language left to him, a language he had spoken all his life: love. In the care home where he spent his last year, he was much beloved by the staff, and everyone who knew him recognized Dave as a welcoming soul with an exceptional ability to love and be loved unconditionally.

Growing up in Brockville, Ontario, in the 1960’s, I lived just around the corner from Dave. He was five years older than I, but he spent a great deal of time with me. We used to play football for hours, just the two of us, on the lawn of the medical centre across the street. Dave would be quarterback, and he delighted in making up all kinds of fancy plays (like the ‘triple buttonhook’) and seeing if I could catch his long passes. He also had a great imagination for crafts, and among other things he helped me make a model sailboat out of balsa wood, with a tin keel, a plastic mainsail and spinnaker, and a paintbrush for a mast. And when a disused telephone pole was removed from our backyard, before the hole was filled in Dave helped me make a time capsule to place in the bottom of it. I’m sure it’s there to this day.

My favorite thing we ever did was to send bugs into ‘space.’ This was the era when men were first going into space, and Dave was inspired to launch his own space program. He had a bow with arrows, and he would make a harness and parachute assembly and tape it to the end of an arrow. Then we’d capture a ladybug or grasshopper in a pill bottle, tie it to the parachute, and fold up the parachute loosely and insert it in the harness. Then Dave or I would fire that arrow as high as we possibly could, to the very top of the sky. As the arrow reached its zenith and then curved around to begin its descent, the pill bottle would fall out of the harness and the bug would float safely back to earth. We did this dozens, maybe hundreds of times, ironing out all the bugs (so to speak) in the system until it worked perfectly. Our astronauts almost always survived.

I’m not sure when I lost touch with Dave—either when he went off to university, or when I left Brockville in 1969. I moved out west, and 25 years passed before I visited Brockville again. By then Dave too had moved away, so I missed connecting with him. It would be another 25 years before I visited Brockville again, this September. This time I found myself pausing in front of Dave’s old house while the memories came flooding in. What ever happened to my old friend, I wondered? Is he still around? So it was a great sadness to search his name on the internet and discover that he’d passed away in 2014. But it was also a beautiful and moving experience to read his obituary. When I read the testimony to his abundant “unconditional love,” I thought: Yes, that’s Dave. He was like that even as a teenager.

How fortunate I am to have had such a special person in my life! Dave wasn’t just a friend, but a brother. He was the brother I never had. Another line in his obituary that struck me was, “You left your mark, Dave.” Yes, Dave, you truly made a deep impression on the heart of one young boy.

Next Post:  The Castle and the Shed: A Parable