They drank from the spiritual rock that accompanied them, and that rock was Christ. –1 Cor 10:4

Significant stones in the life of Christ are not confined to His thirty-three years on earth. His life spans all of history (to say nothing of eternity), especially sacred history as recorded in scripture, and this larger life is also strewn with rocks. 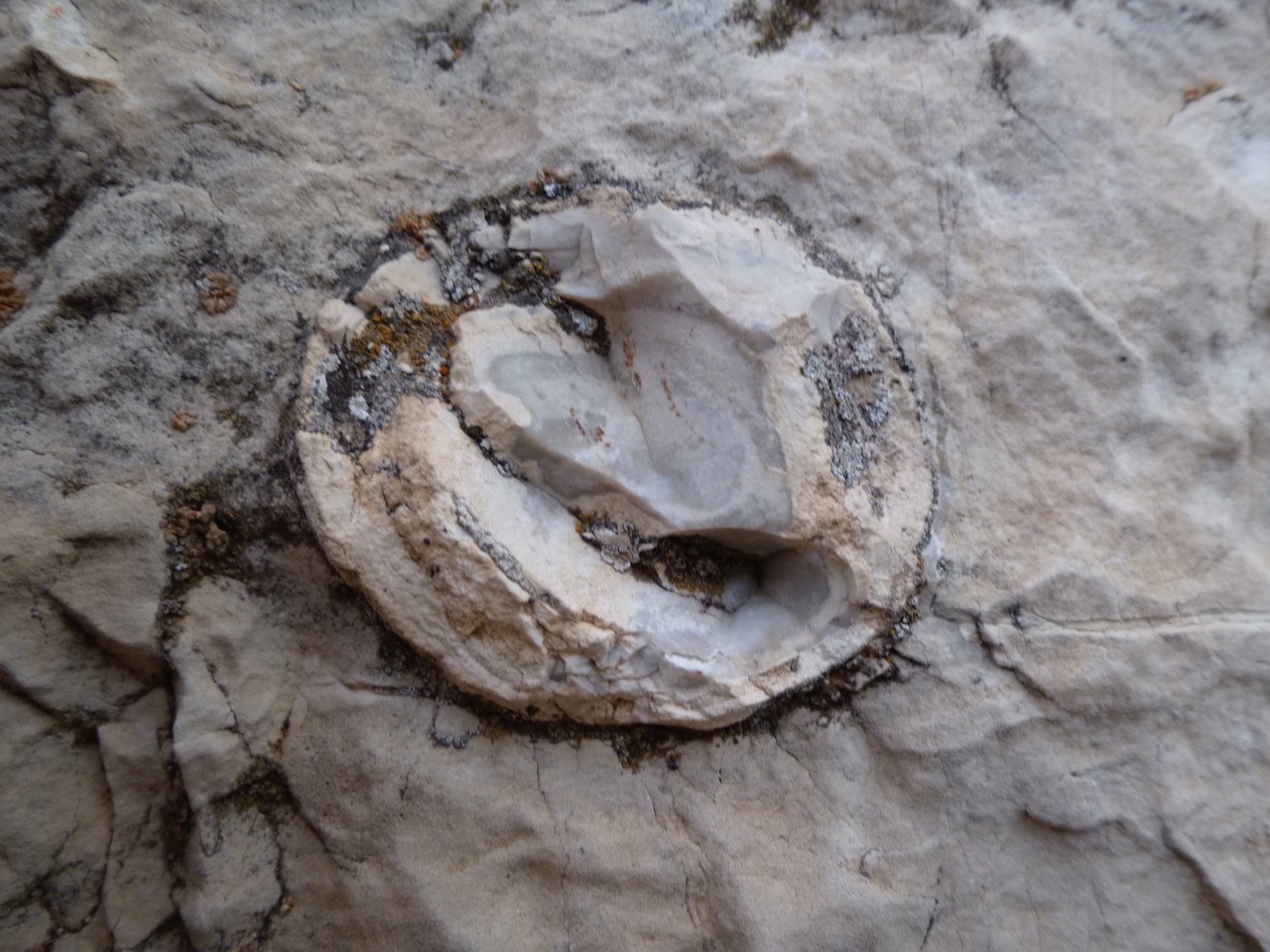 An Orbicule in a Stone in the Jerusalem Wall

The New Testament makes it clear that the image of the Divine Rock applies not only to God the Father but to His Son. Christ is the “chief cornerstone” (Eph 2:20), “the stone the builders rejected” that “has become the capstone” (Mt 21:42), and “a stone that causes men to stumble” (1 Pet 2:7). In the verse at the head of this chapter Paul refers to the Israelites’ wanderings in the wilderness, when on two occasions Moses brought water out of a rock—“and that rock was Christ.” On the second occasion, failing to recognize Christ in the rock, Moses struck it angrily with his staff, thus participating figuratively in the crucifixion. For this sin the Lord punished Moses by barring him from the promised land (Num 20:8, 11-12).

What lies behind this image of Christ as our Rock? For one thing, rock provides a solid foundation for building; Jesus compared the wise man to one “who built his house on the rock” (Mt 7:24). Also, rocks endure, and as the main constituent of mountains they point toward heaven and symbolize immutability: “Lead me to the rock that is higher than I” (Ps 61:2); “Your righteousness is like the mighty mountains” (Ps 36:6). Moreover, mountains contain caves which provide both shelter and refuge from enemies. David and his men hid from Saul in caves (1 Sam 22:1), and no doubt this image was in his mind when he said repeatedly, “God is my rock, in whom I take refuge” (Ps 18:2). For travelers in a hot country, rocks offer welcome shade, and Isaiah compares a believer in God to “the shadow of a great rock in a thirsty land” (32:2).

God Himself has great fondness for rocks. When the captured Ark of the Covenant was returned to Israel by the Philistines, all by itself “it stopped beside a large rock” (1 Sam 6:14), where the Levites had the good sense to leave it. Later, when David wished to build a house for the Lord, its location—the rock outcropping at the top of Mount Moriah—was no human choice but was designated by the Lord’s angel (2 Sam 24:16). As Jesus also says, “On this rock I will build My church” (Mt 16:18).

How intriguing that something as down-to-earth and material as rocks should carry in scripture such a freight of spiritual meaning. George Berkeley was an eighteenth-century idealist who believed that the world was essentially pure appearance, not a solid reality but a thought in the mind of God. Samuel Johnson, thinking this ridiculous, kicked a stone and said, “I refute Berkeley thus!” whereupon Berkeley wrote this couplet:

Kick at the rock, Sam Johnson, break your bones,
But cloudy, cloudy is the stuff of stones.

Berkeley, of course, was wrong. Rocks are very real—just not as real as spirit. Rather they are real precisely because they are interpenetrated by God’s spirit.

This, I might say, is the central theme of this book: the interpenetration of spirit and matter. The rocks of the Holy Land are not just matter, they are matter imbued with spirit, especially so for having been consecrated by the presence of Christ. The modern world tries to divorce matter from spirit, but “what God has joined together, let man not separate” (Mk 10:9).

Next Week:  The Sea of Galilee